I've not made a formal announcement on my blog about my daughter's status, but, as 2015 opens, it's time to publicly acknowledge what I've hinted at for some time.

Back in May of 2011, my mother and I headed to Virginia for a blessing ceremony. Originally, it was going to be the official wedding date, but Carole and David married in a justice-of-the-peace ceremony to take advantage of military benefits, as he was in the Navy at the time. The ceremony in May was the wedding aspect of the union. It was a fun event and had all the trappings of "happily ever after". Alas that was not to be.

I don't know the full extent of the problems and there are always two sides to every story, but when your child calls you on January 3, 2013 and says her husband has told her he hates her, never loved her and she needs to take her "damned cat" and leave their house, it's hard not to want to reach through the phone lines and strangle the offender. I provided what support I could and watched, helplessly, as her world imploded.

You never want your child in pain and emotional pain is the worst. The old saw,"Sticks and stone may break my bones, but names shall never hurt me" is a bold faced lie. How many of us, when asked, can recall a verbal slight from years, decades ago? Those words still hurt, still sting. When they come from someone who you swore to love forever, the pain goes very, very deep. I really do hope I never, ever cross paths with this person. I refuse to acknowledge his existence for what he did to my daughter. He has issues which need years of therapy to fix.

But, by Memorial Day of 2013, she was on the mend. She had a job and an apartment and 80% of her stuff. (He conveniently 'forgot' to give her some things which were stated in their separation agreement.) More importantly, she was dating again. She'd met this guy, Larry Oliver, at a card store where she and David played Magic: The Gathering, a card game. He was only a friend until he got up the nerve to ask if she'd like to go to the card store's event for Star Wars day, Saturday, May 4th, 2013. By Memorial Day, they had decided to see where their relationship would go. She was so happy when she called me.

I have to admit that, at first, I wanted her to wait until her divorce was final, but I came to see, as she suffered through a bad job and then tried to find a new one when her doctor ordered her out of the first job, this new guy was someone quite different from her ex. He seemed genuinely concerned about her welfare. He lived in Warrenton and would, on weekends, drive down to Richmond, to help her deal with her health issues due to the stress of the job. When her doctor ordered her out of the job, he let her stay with him over July 4th weekend so she could destress and be a part of a holiday party with friends.

By fall of 2013, they were making plans for post-Richmond. Her apartment lease was up in April 2014 and they were going to move in together. They vacationed at Walt Disney World in November of 2013. Carole's cat, Faux, went to stay at Larry's house, to be cared for by Larry's parents during the vacation, and never went back to the apartment. Larry cared for Faux as if he was his cat. Faux adores Larry. He tolerated, but never loved, David. Cats know.

I went to visit them twice last year, once over Memorial Day, and then at the end of October. By Memorial Day, they were talking wedding, once the divorce was final. That was a huge sticking point. They couldn't move on with their lives because of snafus with the divorce. It finally came around Labor Day. Larry proposed at the end of September. They will be married in March at the Farquair Springs Country Club. 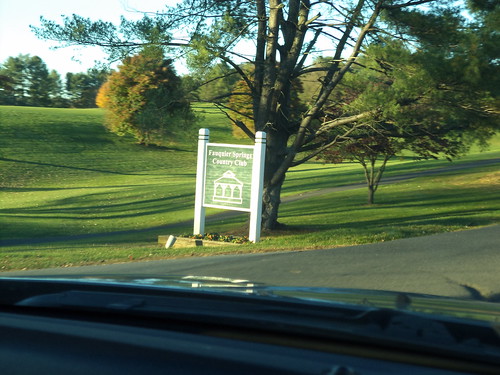 They are incredibly organized and Larry, unlike David, is taking an active role in the planning of this wedding. Carole is getting the wedding she initially wanted but had to compromise completely on the first time around. Larry's a huge Star Wars fan and elements from Star Wars are woven into the wedding. There will be music from the movies and a themed cake.

What do I think? I think this is going to last. The amount of respect each has for the other is tremendous. There are no secrets and they are each other's best friend. They talk. They laugh and when they disagree, they listen. These are the things you're supposed to do. Larry is a fantastic person and I like his parents, too. It's easy to see from where his core values come.

So, I bought a dress; spent the most I have ever spent on any article of clothing. It's going to be a wonderful event. Episode 1: A New Beginning, engagement and wedding prep, has started. 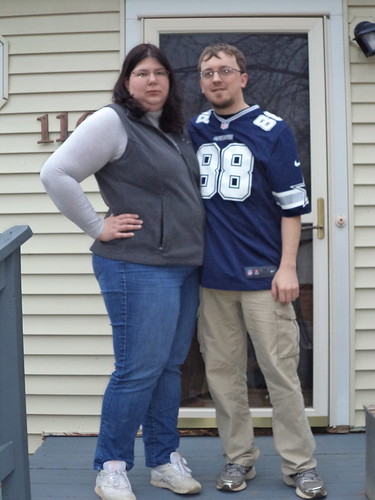 Episode 2: For the Rest of Our Lives begins in March.