There Was Only One Done

Only one cross-stitch was completed last year, although I did start another which will be the subject of an upcoming post. The guy who maintains my World of Warcraft guild's web site married his long-time girlfriend on a hot June evening. I started the project in January on DMC's "Stardust" cross-stitch fabric. (To long-time readers, some of these photos will be familiar.) 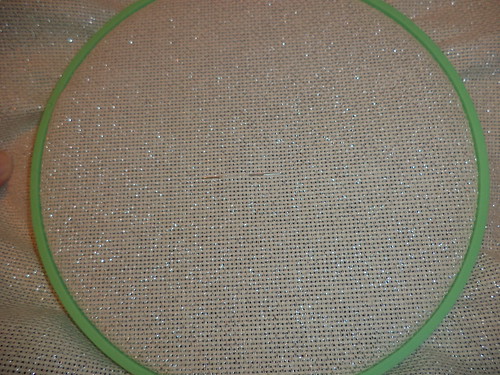 I love this fabric. Glitter is embedded in the fabric so, with the right pattern, it adds a sparkle.

Over the next few months, I worked one week on the cross-stitch and one week reading Terry Pratchett's Discworld series. (I'm half-way through, which is going to be the subject of several upcoming posts.) 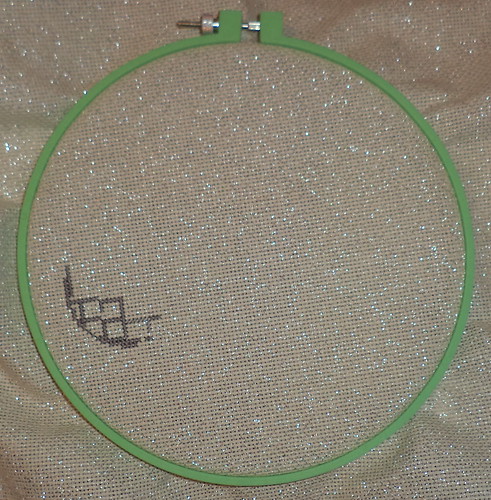 I knew exactly what I was going to do for them. 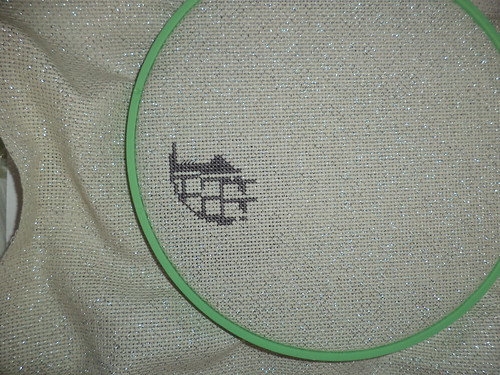 They needed a hand-made wedding sampler. 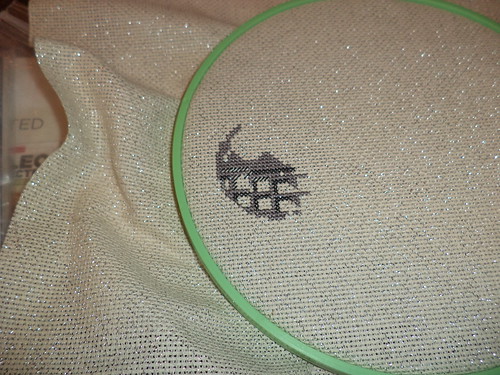 I had the pattern. 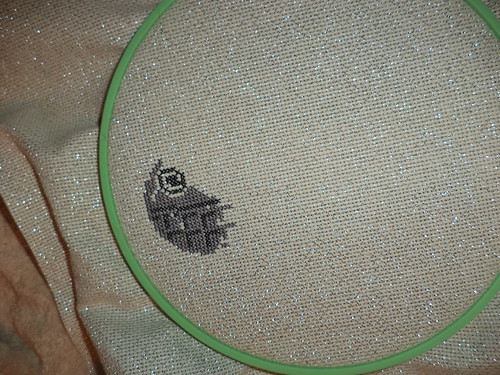 In fact, I'd made this pattern before. 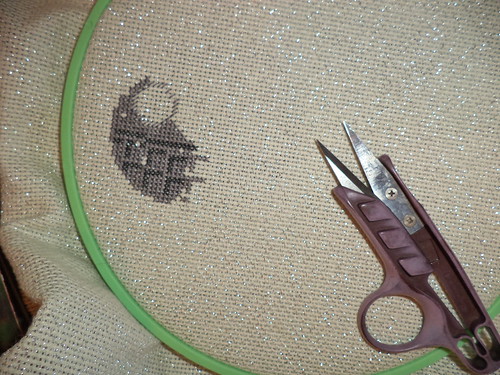 I had to rip out the dark circle because I miscounted. Ripping out leaves such a bad taste in your mouth. You feel so inadequate. "I can't count!"

By day 10 of stitching, and, mind you, I don't stitch every day, even when I block off the time, the image was done and it was time to plan the writing. 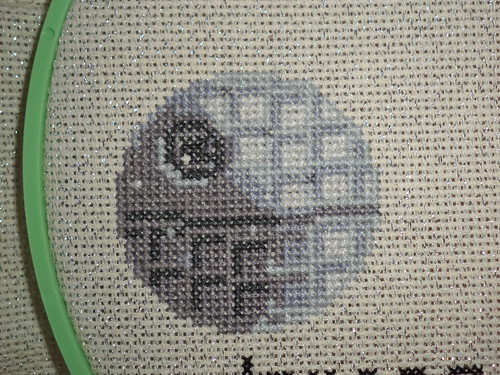 I was doing really well, because this HAD to be at Jo-Ann Fabrics and Crafts to be framed, by Mother's Day. That would give them a good month to get it done. 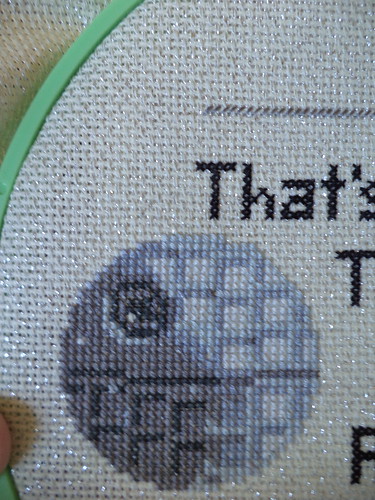 The wedding was at the end of June and, if I didn't like the finished result, there was time to make it right.

This is the unwashed and unframed but finished piece. 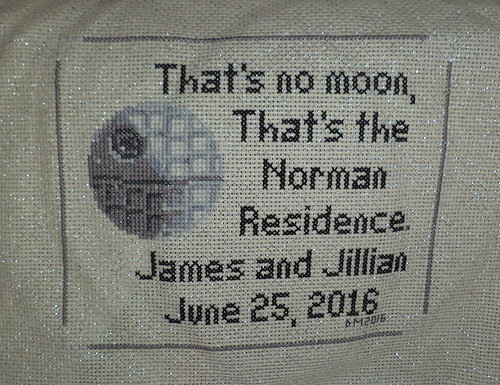 Yes, this is the same motto I made for Carole and Larry when they were married in March of 2015. For them, I gave them the washed and blocked, but unframed piece because they were going to be moving and they could then frame it to match their decor. I did their piece on black cloth, with white lettering. They have it framed in cream and, when you come in the front door, it's above the credenza where it's one of the first things you see when you walk in. The frame is almost the same color as the walls so the effect is one of seeing only the sampler and not the frame. It really came out well.

James is a huge Star Wars fan; Jill, not so much. I knew James when he was merely interested in this gal named "Jill". So, I really made the sampler more for him than her, but she's a crafter and I knew she would appreciate the time put into the creation of something unique for them.

I've said it before and I'll reiterate it. Debbie at Jo-Ann Fabrics in Bloomingdale is wonderful. She came up with the idea to double mat the piece. 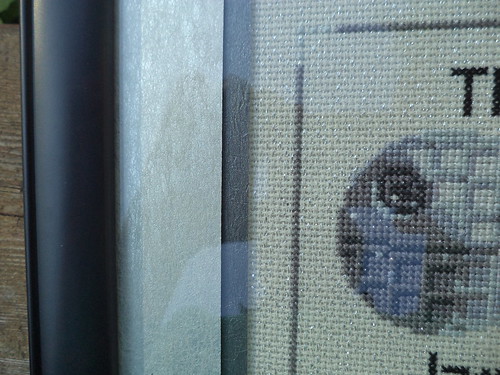 That's a dark gray with a silver "marble-ize" mat under a black frame. I knew I wanted the black frame but wasn't sure about the other pieces. Here's how it turned out. 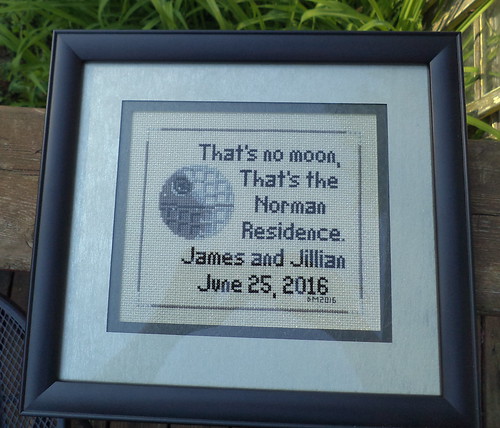 I get stuff framed and it looks so good, I almost don't want to give it away.

The pattern has been retired, officially. I tossed it in the recycling container. I'm not making this again for anyone. You can find it on Pinterest. I don't know that my not making it again gives the two pieces any additional value. I don't have a cult following and I don't cross-stitch all the time, as some crafters do. I just decided, for my son-in-law and James, who both love Star Wars, this was the perfect gift to commemorate their marriages.

Working every other week, alternating with reading a book, worked very well. I'm back to doing that with my next cross-stitch piece which does not have a wedding attached to it, which is good because I'm kind of meandering about finishing it.