In December of 2017, on the 15th to be exact, my World of Warcraft guild, Spectacular Death, will celebrate 10 years of uninterrupted time in the game. That's a long time. We were talking, last summer, about doing something spectacular to celebrate. Brainstorming came up with a guild trip to Walt Disney World. After presenting the idea, it was approved. 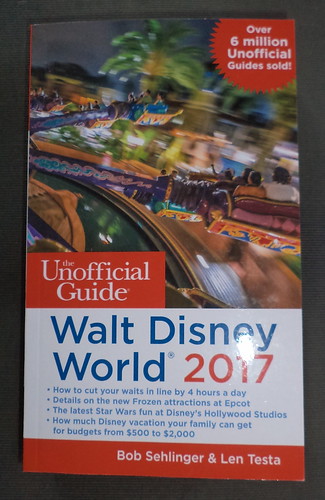 In September of last year, I put a down payment on the trip. I had tucked away a decent sum until house repairs forced me to dip into the Disney fund to get things fixed. It makes me sad because I have to, essentially, start all over in saving and there's less than a year to do it. February and March see the highest heating bills so I'm scrambling right now, to figure out where money goes and what really needs to be done in 2017, since I put down money on this.

I was at my favorite bookstore and this was on the shelf. The last time I bought one of these guides it was 1990 and I was going, as a family, for the first time. My last visit was in 2005, when my pen pal was still alive.

A guild member, Liz, went in November of last year and took these amazing photos of the fireworks at Epcot. 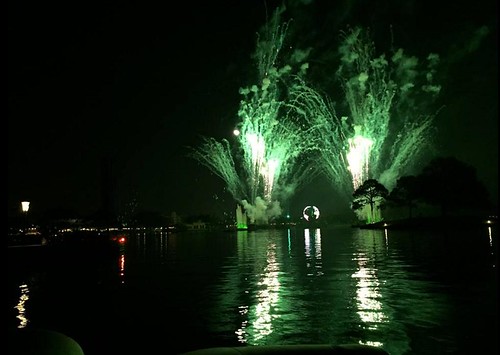 She went during the time of that Super Moon. 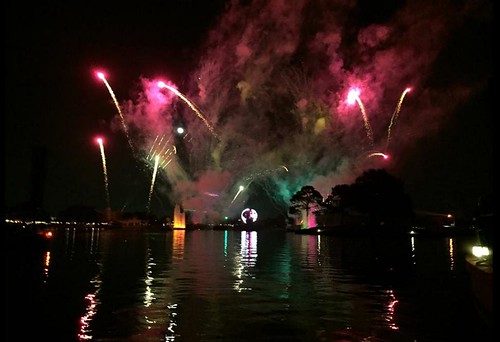 These were taken from a pontoon boat which you can reserve to watch the Epcot fireworks. Unobstructed views and snacks are guaranteed. We are going to do this.

So far, 13 of us are going. We're not going as an official group because that locks us into a certain discount and the travel agent we are working with says she can get better deals if we are just a bunch of friends going at the same time. We're going in October, to take advantage of Halloween and the annual Food and Wine Festival. I have selected the venue for our character breakfast but we're getting down to the wire to pick the place for the 'Goodbye' dinner. I told the group I would pick 4 places and we would vote. The place with the most votes would be where we'll go. We can make reservations for rides and dinners as early as April 17th. When it was November, that was a long way away. Now that it's January, *gasp*, that's almost here.

I know I can do this, but I really need for there not to be emergencies. I'm not going to take another traveling vacation this year, opting to take days off here and there to save money. Having a car that doesn't need monthly maintenance helps tremendously. Now, I need for it to be mild in temperature so the heating bill is not astronomical.