There Was a Wedding - Part 1 - Getting There

On Saturday, March 21st, Carole and Larry married. It was a glorious event. In contrast to the previous wedding Carole was a part of, this one was more relaxed, much more fun, a celebration in the truest sense of the word.

Step one of the process was actually getting to Virginia. My mother was able to come along. At first she said she couldn't, but my sister and I did an "end around", so to speak and arranged things with her husband's children to check in on him so she could come. Then, my niece was going to drive her as far as Clinton, Iowa, where I'd meet her so she wouldn't be driving the 5 hours on her own. But that plan fell through. So, mom just hopped in her car and drove herself, taking all the time she needed to make it here.

I rented a car as I have done the last few times I've gone to Carole's. It's so much nicer to rent than bounce out there in the Jeep. This time, I got a Chrysler 200. The dash board looked like the controls of an airplane. 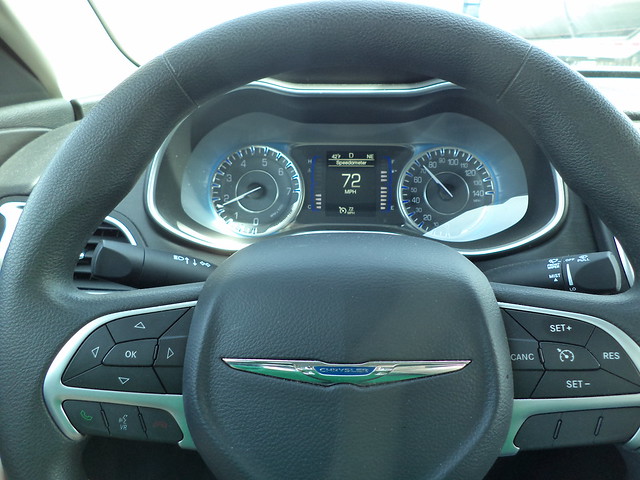 I don't think I'd take this style of car again. 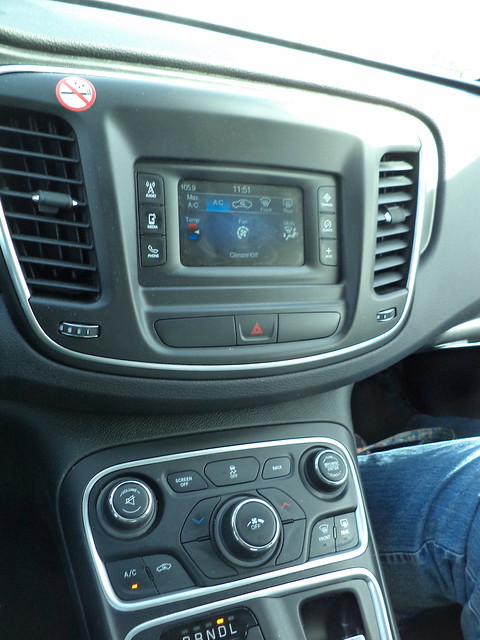 We never did figure out what all the buttons did, plus, it did not come with a CD player. You were to hook up your cell phone to the radio to play your music. As someone who does not have music on her cell phone, this is not a plus for the car. I neglected to take a full photo of the car. It was roomy and comfortable, but the lack of either satellite radio or a CD player made this a "thumb's down". There were a couple good things. The gas mileage was very good which cut the cost of the trip and it had push button start. That took a bit of getting used to but it was nice. 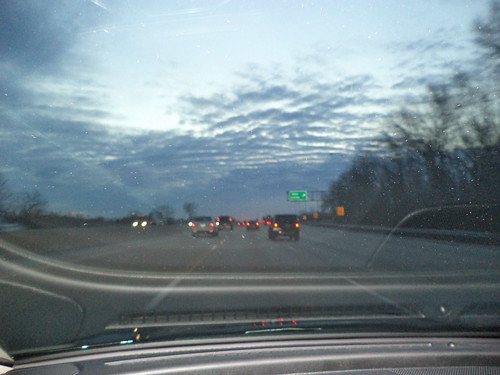 We headed east at 6 a.m. into a cloudy sunrise. Traffic eastbound on Interstate 80 slowed to a stop and we sat and we sat and we sat. There had been one of those rear ender accidents involving 3 cars, one of which was heavily damaged. Of course, people had to slow down to look. While this was being cleared, 5 cars tagged each other so that effectively closed the Interstate for about 20 minutes while vehicles were moved to the side and police could come and sort things out. We met all of this as it was slowly unpacking itself, but we spent a good 30 minutes going 3 miles.

Once away from the Chicagoland area and into Indiana, the sun came up and we had a nice drive. 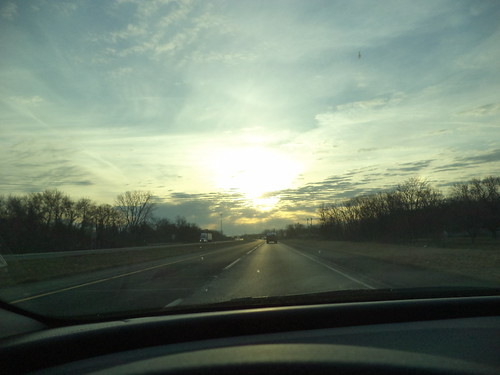 Ohio is the worst part. Perhaps that's why they have the best restroom and eating facilities. The road is flat and there's not a lot of "scenery" until you get to the eastern quarter of the state. Pennsylvania goes by fast because it's hilly. Then, in quick succession, you go through Maryland, a bit of West Virginia and you're into Virginia. Slowly, the Blue Ridge Mountains start showing up. 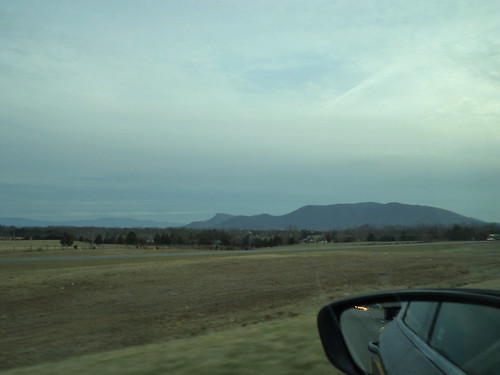 We have to go over this thin line of mountains and through part of the Shenandoah Valley to get to our destination. By this time, the sun is low on the horizon. 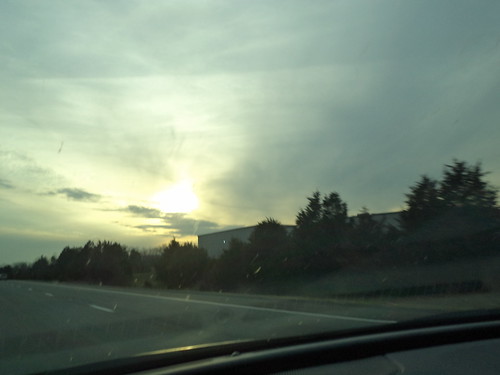 Twelve hours after we started, we pulled into the driveway. I've done this drive 4 times now. The best thing I ever did was listen to Pam and rent a car. If I can have my tunes with me, the time goes by fairly rapidly.

So we have arrived. The next day is the rehearsal and one more thing sandwiched into a jam packed weekend.