There Was a Wedding - Part 6 - Photographs on the Lawn

Remember the snow? Remember the sloppy slush we drove through on the way to signing the papers to buy a house? Remember the coats and scarves of a Friday evening's rehearsal? Remember how we all talked around the weather, as if acknowledging the cold and the wind and the rain would, somehow, keep it through the next day?

The country club has a gazebo a short distance from the front door. It's perfect for photos. This is what we had on Saturday, March 21st at 5:30 p.m, the first full day of spring. 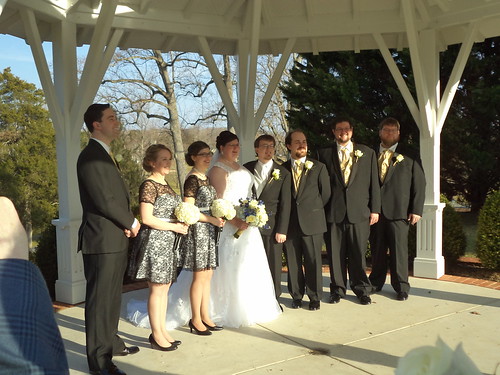 It was 70 degrees, clear blue skies and a very light breeze. We could not have asked for a better evening. The only issue was the sun. 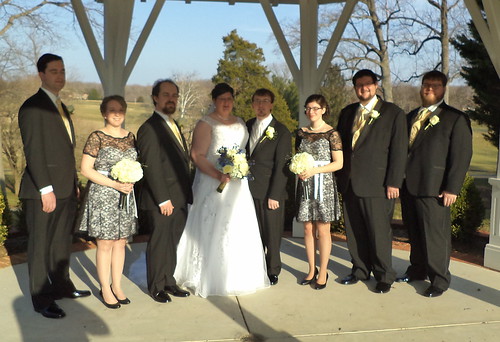 They had one of the ushers, the gentleman who walked me in, who is quite tall, hold his coat up off to the right in order to keep the sun out of people's eyes. You can see him off to the right here. 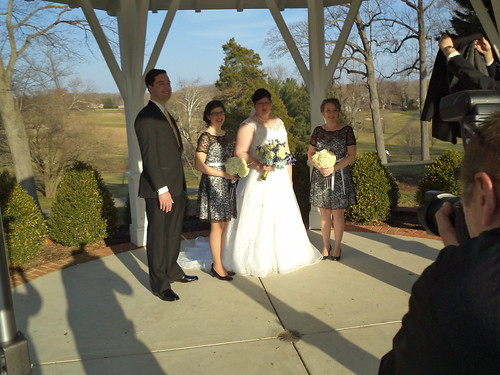 Larry's attendants were Matt and a guy whose name I have forgotten, who were high school friends. His groomsman was Chad. The two have known each other since kindergarten. Carole's attendants were Phil, a high school friend; Sandy, Larry's sister, and Andrea, Chad's wife. Chad and Andrea live next door to Larry's parents, to complete the connection. I have to say that the stability of friendship is something that wasn't apparent in the first wedding. The groomsmen, at that time, were friends of Carole, rather than lifelong friends of the groom. That says something. 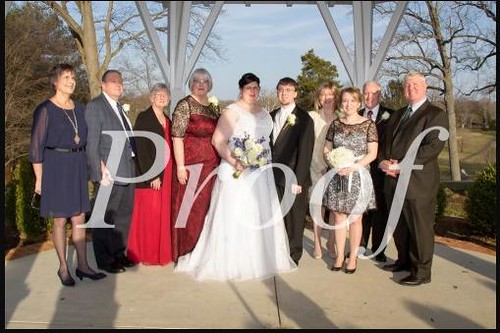 Here are both families. To the left is Carole's dad and his wife. To the right are Larry's parents and, on the far right, Sandy's fiancee.

It wouldn't be a Star Wars wedding without light sabers. First with the groomsmen and ushers, 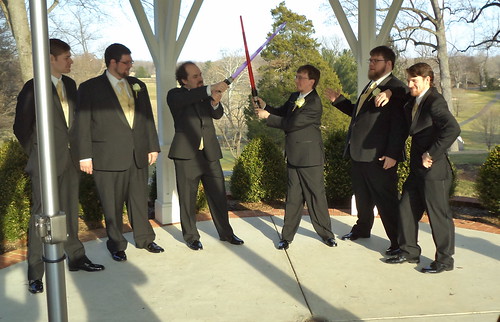 and then with Carole and Phil. 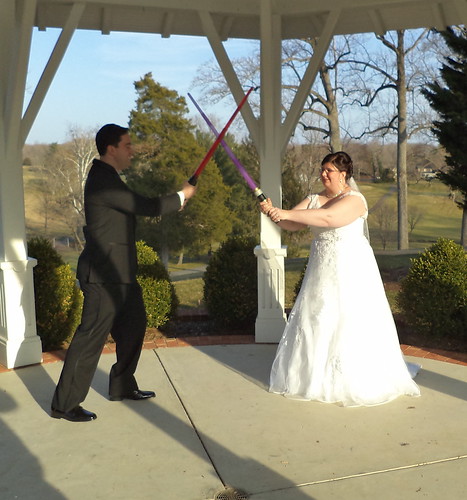 If you look at the photo of Chad and Larry dueling, you can see Larry is the shortest of his friends, and the ushers, who were also long-time friends of Larry's. 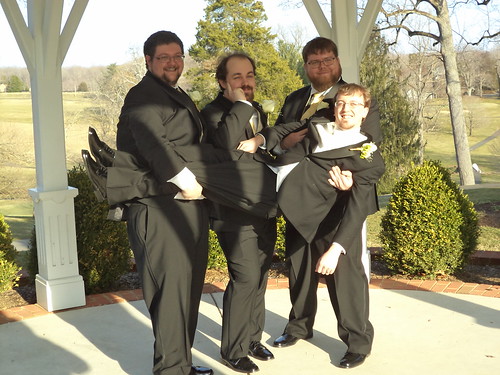 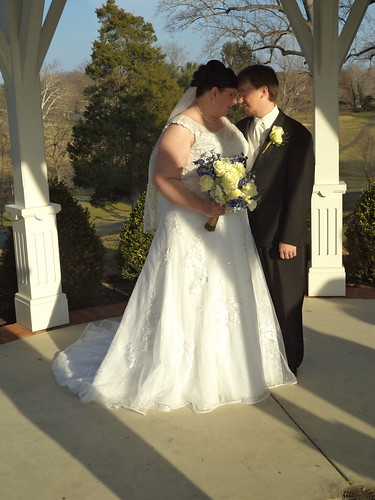