I don't have even a vague idea of how long I had this mailbox. It was a silver steel construction made in Youngstown, Ohio. 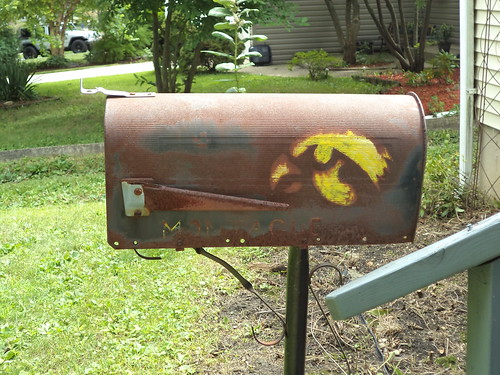 I sprayed it black and hand drew the Iowa tiger hawk on the side, as well as hand printed the last name on the bottom. 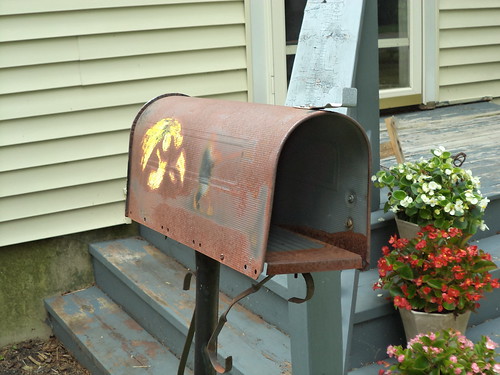 The front door rusted off some 5 years ago. The bottom front wasn't connected to the body anymore. The flag wouldn't stand upright for those few times when I put outgoing mail in it. But it was on that post almost like the whole things was a unit. My attempts to loosen the bolts met with frustration. Mail got wet. In the winter, a driving snow would cause a mini-drift to accumulate in the open front. Yes, spiders loved living in the back, but I think that's sort of a hazard even if the box had a front door.

When my landscaper, Jeremy, asked if there were things I wanted to have done around the house, one of the things I mentioned was the installation of a new mailbox. "I can do that, easy," he said. So, I trotted over to Ace Hardware, after looking online for mailboxes. I wear my Hawkeyes "on my sleeve", so to speak. I wanted to replace like with like. Custom mailboxes were upwards of $200. I don't need that. If I can get a basic mailbox, I can do the customizing. 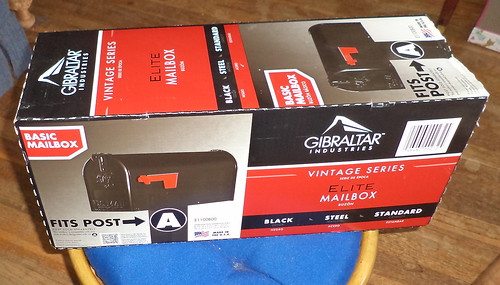 I could get this in steel, silver or black finish. Twenty dollars. It's the exact same size as the rusted one. 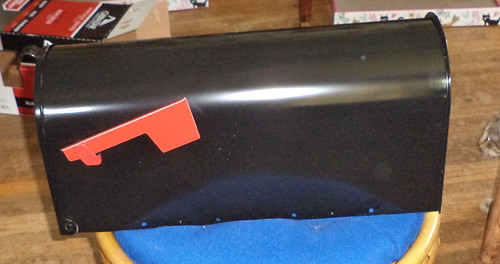 This was exciting. I would have a mailbox with a door, once again. Side note: The box was the purrfect size. 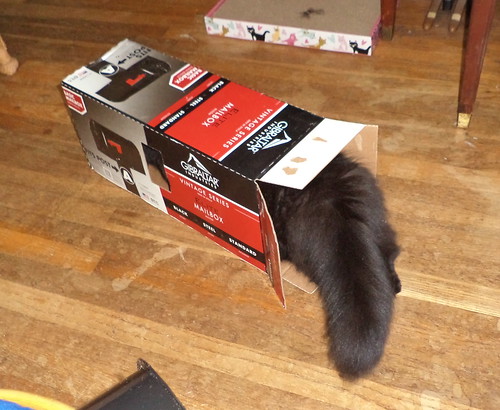 She couldn't turn around, once she got inside, but I did find her sitting in it, having backed into the box. I thought cats did not like backing up because they can't see where they are going. I tossed the box after 24 hours because I knew it wouldn't see a lot of use.

The next thing was to decorate it. I already knew how I would do the name. You can buy stick on letters at hardware stores. For some reason, Ace was out of "e's" and "n's". So I headed to Michaels Craft store. They didn't have all the letters for my last name either. But Jeremy called and said he would have to postpone putting up the box for a couple weeks and, in the interim, the missing letters came in. They are peel off the backing and stick. 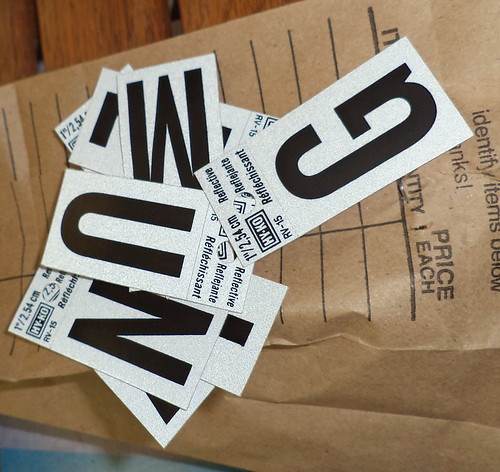 Next was the Iowa logo. I thought about hand painting the tiger hawk again. I could actually make a stencil and outline the area to be painted so it would come out looking less hand and more painted. Then I remembered the decal I bought for my work office. The large oval tiger hawk, which is on the wall in my office, came with two, much smaller, decals. 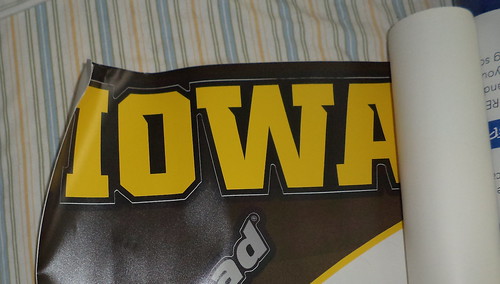 They would be perfect. 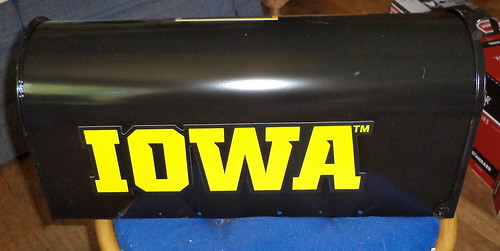 These were the last decals on the sheet. I had considered giving them to a family member but kept forgetting to do that. 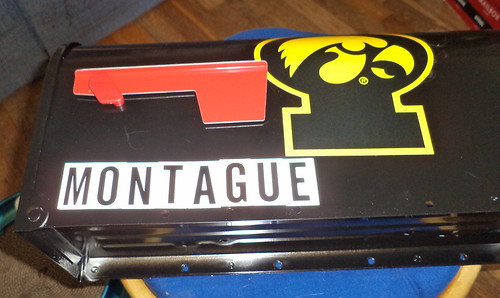 Once everything was stuck to the mailbox, I could cut up the box the decal sheet came in and recycle it and the sheet. When the time comes that I leave my current place of employment, I'll roll up the big tiger hawk and take it with me, but, as that is some years ahead, I do not need to save all the packing pieces. They just get in the way. I should have moved the logo back toward the rear of the box and not right by the flag. The second I stuck it to the box, I knew it wasn't moving so had to put the last name a bit farther forward than I would have liked and it's at a slight angle downward. It's out front so I don't see it every day or it would bother me. I go around straightening pictures in my house because their being cockeyed bothers me.

Two weeks after I did this, Jeremy came by with his fancy tools and spent a good two hours removing the old and installing the new. 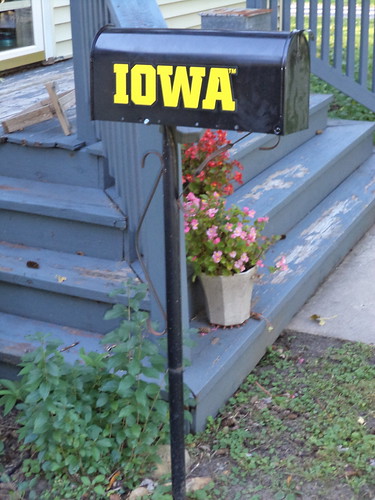 He wound up getting brand new bolts because the other ones, once he freed them from the mailbox, snapped in half. They rusted between the head and the body of the bolt. 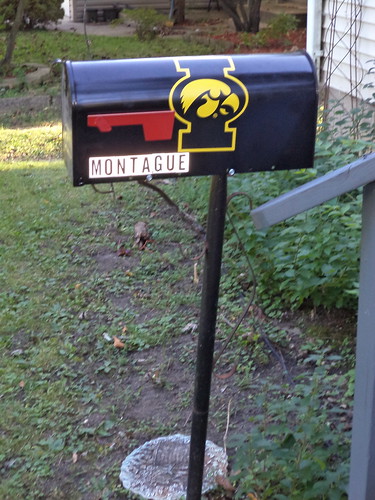 By the end of September, I had a brand spankin' new mailbox. It's been wonderful. It has a working door! My mail doesn't get wet unless it's put in the box wet. Small packages and parcels stay dry. The flag works, although I tend to take outgoing mail to the office or drop it off at one of the two post offices I pass by on my way to and from the office.

It's the little things which make one's quality of life better. I don't even think about this anymore, when it was a constant source of irritation when it was the old box. I noticed the top edges on the logo are peeling up after a winter, but I know that decal isn't coming off without a fight. If it does, I'll just order a new one. Then I can move it to that empty black space at the rear of the box. And, because I know she'll say something, "No April. This would not look good in gray and burgundy. Sigh."