Life Comes to a Halt

He drives me batty on occasion. He jumps the other two, particularly Mija, when they don't want to be jumped. His morning and evening energy leads to more, "Hamlet!" than I'd like. But when he wants loves, the world can take a hike. 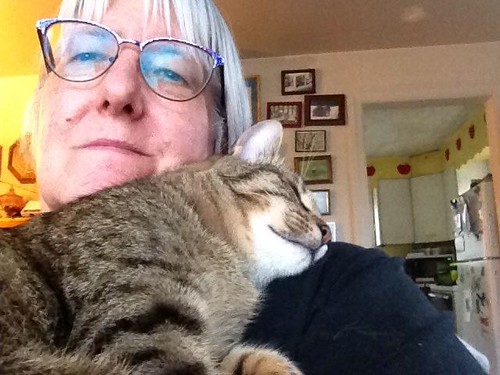 The only problem with this position is that I'm holding him up and, after an hour of holding up a 9 pound cat, an arm can go to sleep. I also can't do much at the computer, so I put on some jazz and pulled up a matching game I could play one-handed. He purrs until he falls asleep and he insists upon his body touching my face.

On this particular day, he was sleeping until a stink bug awoke and buzzed about, hitting the window. He was instantly awake and stalking the bug. 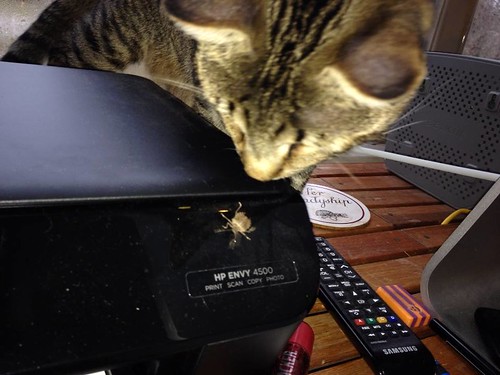 He's become pretty good about killing them. He's figured out they don't taste very good but they do give him lots of play time and then he steps on them.

I'll take the demands for cuddles. The other two aren't really the cuddly kind. I hope he still does this in 3 years.