September afternoons were spent on the deck. I would come home from work, toss a load of wash in the machine, grab my stitching and go sit on the deck. The weekends were marvelous and this lead to a lot of progress with the beach picture. Of course fall is my favorite season so days spent on the deck are among the most pleasant. 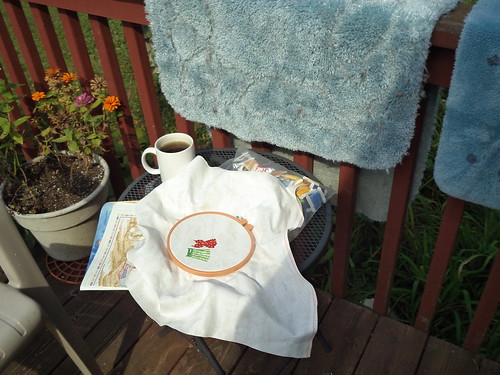 I bought another table for the deck. Usually I would put everything on the plastic ottoman I have out there, but Pilchard likes to lie on that when there isn't another chair out there. I opted for just one chair last year, but I will have to put a second one out to accommodate everyone who wants to sit on something. I have a spot for all my supplies AND, most importantly, a mug of tea. On this particular day, I had washed bathroom rugs and draped them over the deck rail to dry. 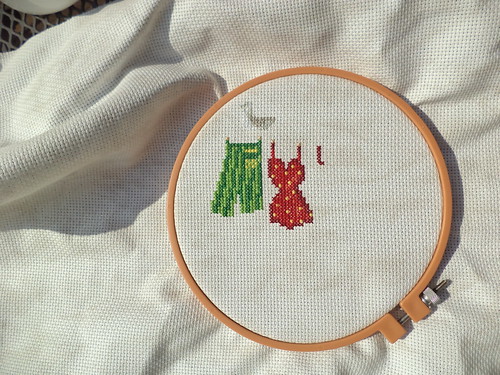 That morning and afternoon saw the pants and seagull completed and the next item started. 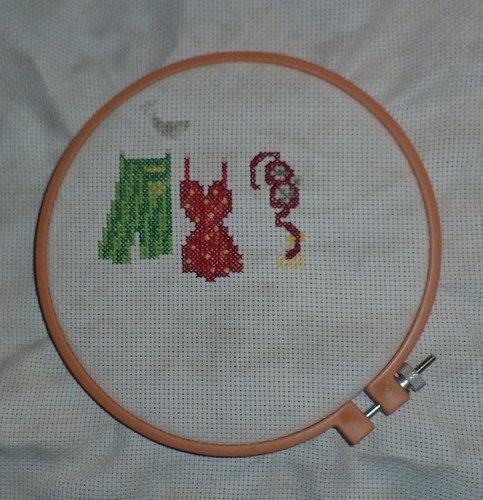 On a roll, I stitched all week and was able to complete the swim goggles. A week later, the "floaties" were done. 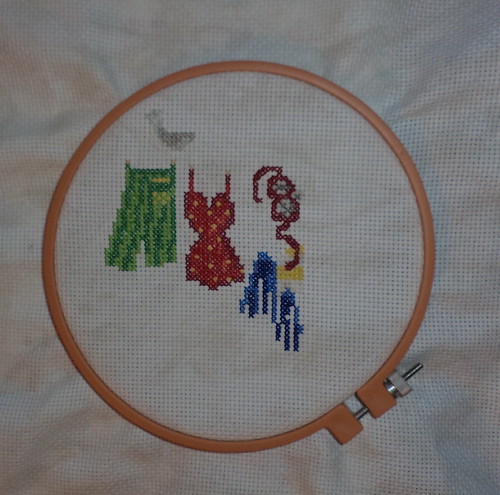 Things don't look like much, particularly the seagull, because I've not done any outlining. The goal is to get the whole of the picture done and then add the outlines. It's coming along.