We have your water. You just need to come get it. 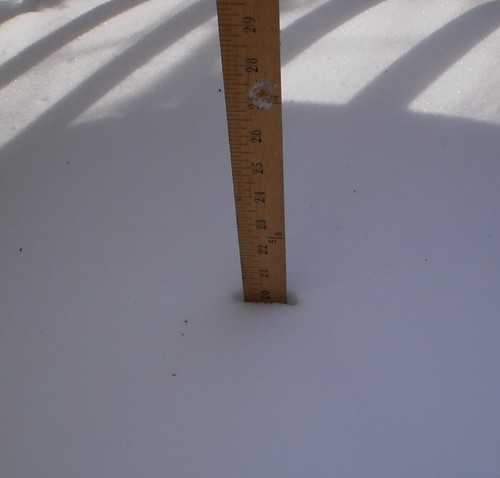 I was stuck in the house for 5 days until I shoveled my way out. 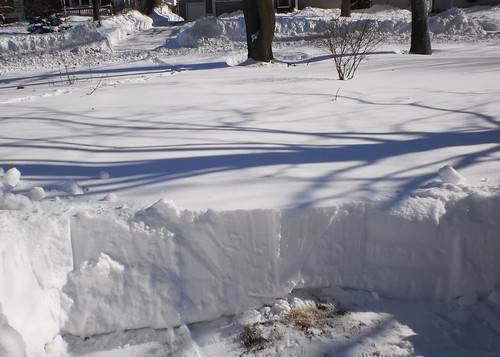 The storm that settled over Chicagoland on Sunday only dropped 15 inches by me. 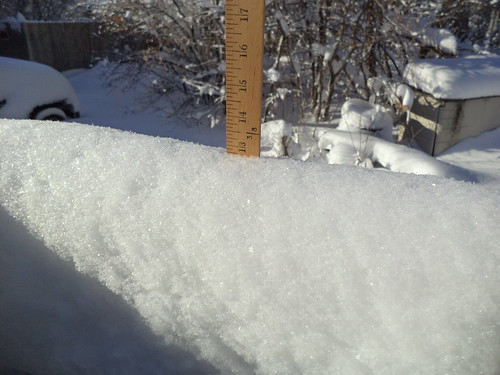 While the yardstick on the deck railing says 13, I know I got more than that. Glen Ellyn, to my east got 13. Carol Stream, north of me, got 19, and Winfield, to my west, got 16. It's over a foot. That's all I need to know. The National Weather Service said this is the 5th heaviest snowfall on record, according to the O'Hare airport total of 19.2 inches. Last year, it was just constant snow. This year, is one dumping, so far. Could we not try, every year, to break records?

The winds were not as strong as in 2011. The highest recorded was 50 mph, whereas in 2011, we had hurricane force winds, at times up to 75 mph. Still, that's enough to blow any snow you get and this was no exception.

Work was called off so we could dig ourselves out. 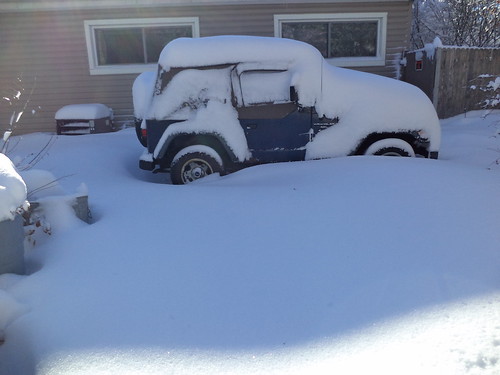 The drifts around the Jeep were 2 to 2.5 feet deep. 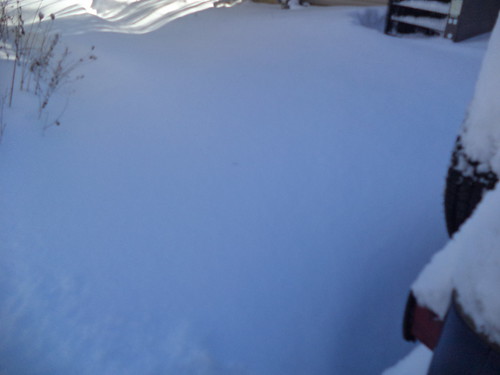 It didn't take me as long to shovel to and around the Jeep this time because the drifts weren't a foot deeper. Still, I took one look down the drive and sighed. 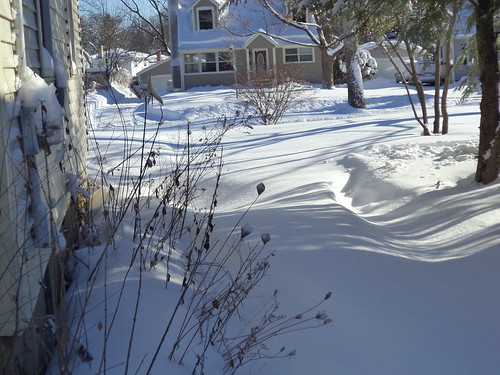 It had filled in. I realized that it was going to take me a couple days to dig out. I'd be able to get the Jeep out and to shovel the drive to the edge of the house, but I'd need to rest for a few hours and come back out in the afternoon to get the front steps shoveled off and shovel the walk from the house to the street, but any more was pushing it.

Then my neighbor to the south came over and said, "There is no way you're shoveling this." She got her neighbor to the south and the two of them blew out the drive and the front walk. I shoveled from the street to the house. I need to do some trimming of the drive at the street, but unlike 2011, when we were just people in our own little world, the neighborhood came together and I saw a number of people out blowing out drives and sidewalks. Is it because we are older and more inclined to help each other? Not sure, but I'm beyond grateful for the assistance. 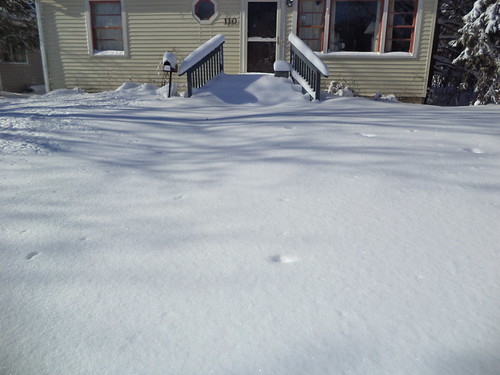 As happens after a blizzard, the air following it was cold. The last time, it was single digits. This time, it started at 5 but rose to 12. There was no wind, not even a breeze. I removed my ear muffs and scarf and unzipped my coat because I got warm.

And it's so beautiful outside. I don't think the sky is any bluer than after a storm. That goes for summer, when we get heavy rain, or winter, when we get heavy snow. I love this blue color. It's peaceful and cheerful and I want this color around me. I have my bedroom painted a lighter version of this color, but I think I need to repaint at least the ceiling in this color. 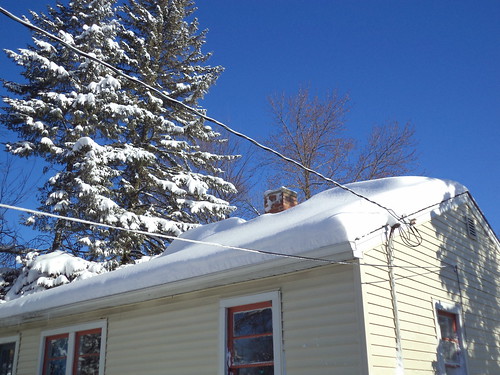 I had to laugh when I looked up at the roof. Those a drifts on the roof.

We had a lot of melting yesterday. The front walk, all nicely shoveled, is mostly clear as are the front steps and the deck. Stuff slid off the roof all day yesterday. I'd hear a noise and go look and there would be a pile of snow at the ground. The snow painted trees lost their trimmings throughout the day, too. The snow in the drive was mushy in places. I'll be able to move more of that out of the drive to make it easier to get in and out. I need to shovel from the mail box to the drive. I usually do that for the post man, to make it easier to get from my house to the neighbor's, but it was too much to do yesterday. We're to get a couple more inches today which I'll need to shovel, but that I can do.

This can be our only snow of the winter and I'll be happy. It wasn't horrible to move around and it looks great. Life was disrupted for a couple days but we can all get on with things. Kids have enough snow to make snowmen and to go sledding and to pelt parents with snowballs. I have enough to marvel at the beauty that is winter.