We Love Jon and Becky

I have these friends, Jon and Becky, who love dogs. They have 3, all of them rescues. In sending me Christmas presents, they did not forget that I am a cat lady. 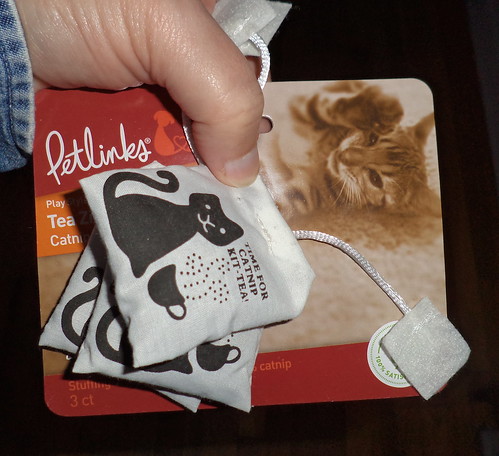 This is hilarious; catnip in tea bag shaped toys. The girls have been argumentative with each other for almost a month now. I'm not sure what happened but I came home after work and found the small shelf unit in the office tipped over. They have nearly come to blows since the incident and it frustrates me so to hear growling and hissing.

I put these up, after fishing them out of the big box of wow back in December. Thoughtfully considering that the girls might need more stimulation, I got them out last night. They were a huge, huge success.

I dangled a bag each, over their heads. Mija knocked hers down and proceeded to roll on it. 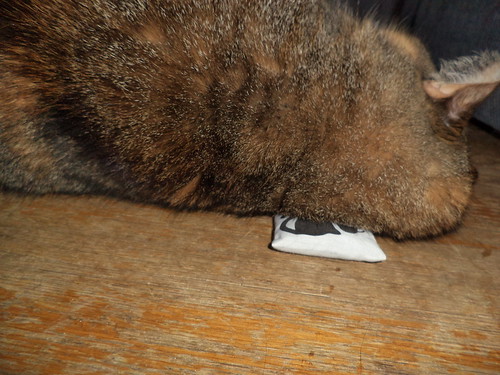 Pilchard grabbed it and stood on it. 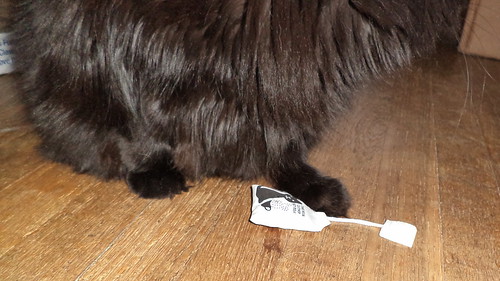 Both were excited to have something new to play with and the catnip contained therein was very potent. 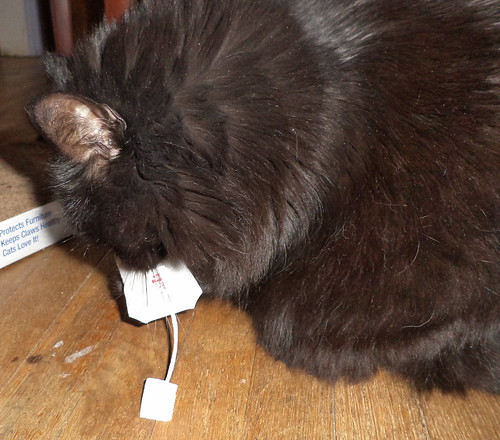 They tossed their bags into the air and chased them around the living room. The couple of times they came in proximity to each other, they stopped, looked at each other and went back to playing with the toys. To further promote that they can be in the same room peacefully, I tossed Pilchard's bag into the box she currently adores. She followed and promptly laid down on it. I tried to get the toy so I could dangle it over her head but she wasn't moving.

After about 10 minutes of chasing, Mija decided that simply being near the bag was sufficient. 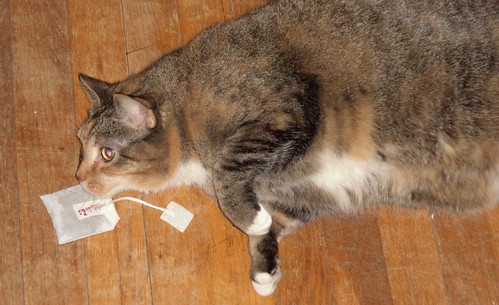 They spent the next 5 minutes just lying on or near their bags. Then they wandered away to sleep off whatever effects the catnip might have produced. They don't seem to have long term effects as some cats do. They like the raw stuff. I only give them organic catnip. They don't spend hours rolling on their scratchers when I add new catnip and, once I handed each of them a tea toy, played for about 10 minutes before stopping and just resting. Later, Pilchard pulled hers out of her box and dropped it on the floor. I heard them, much later that night (grumble), each take a turn chasing a bag around the living room.

It remains to be seen if this helps with the antagonistic behavior. I'm hopeful because it's just as stressful to me to have them fighting as it is for them to be fighting. They had a lot of fun last night. Fun helps.