It Took a Week

We had our first, and what I hope is only, blizzard at the beginning of the month. With my home office right outside the deck, I would watch the snow pile up on the deck railing. 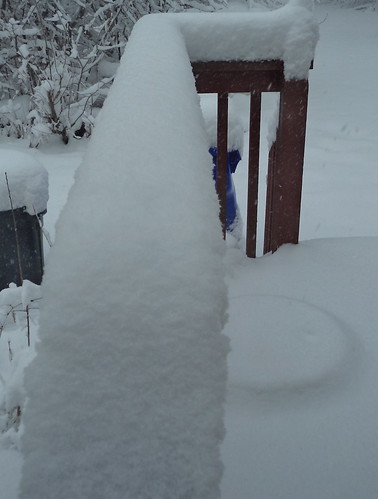 At this point, Sunday morning, February 1st, it wasn't that much. But, two hours later, another couple inches had been added. 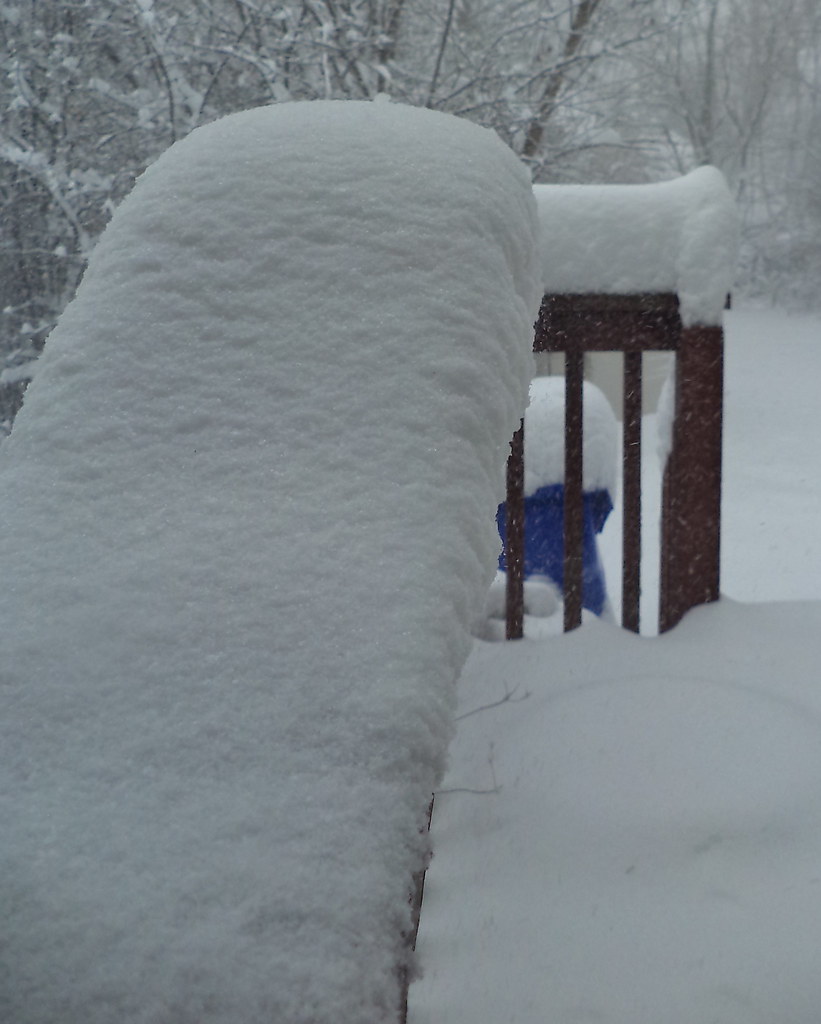 It was coming down fast at 11 a.m.. By sunset on Sunday, the storm had passed and I was looking at what would be the next day's adventure, shoveling 15 inches out of my yard to be able to get to work on Tuesday. 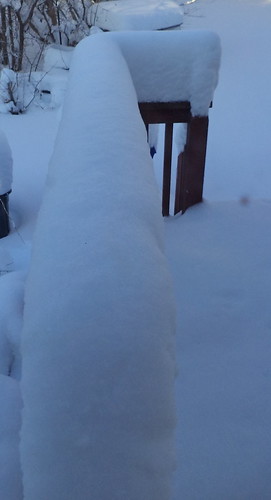 When I came home on Tuesday, we'd had some melting and the snow on the railing looked like this. 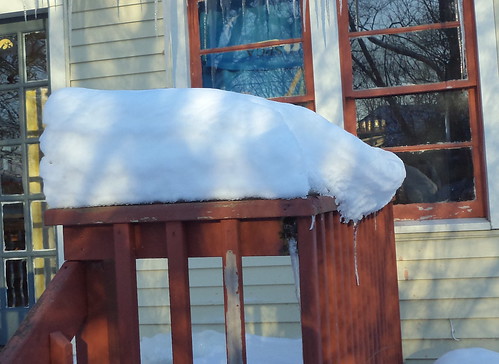 The stuff hanging over the edge intrigued me. I wondered how long it would be able to stay attached to the body on the railing and, also, how long it would take to melt the main mass there in the front. So, rather than knock it off, I decided to leave it. On Wednesday, February 4th, although it was cloudy, the temperatures were over 32 degrees and we had more melting. 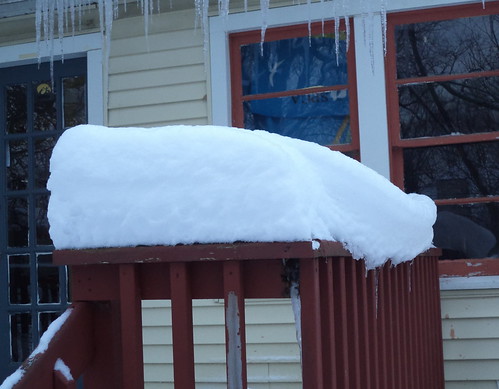 It didn't look like much, if any change. The big change was to come.

I forgot to take photos on Thursday and Friday, but this was the status on Saturday at noon. 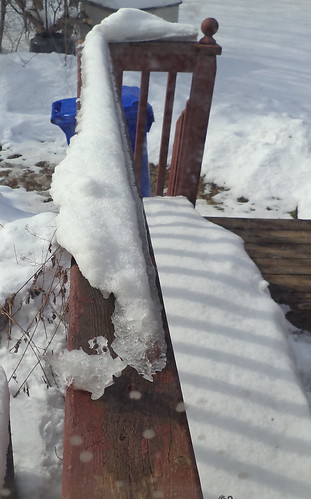 What I find interesting is the "lip" is still there. Some of it has fallen, but it's clear where a big bulk of snow was and is still attached to the railing. By Saturday sunset, this is what the railing looked like. 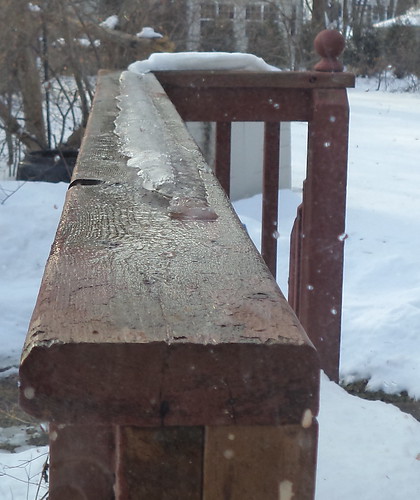 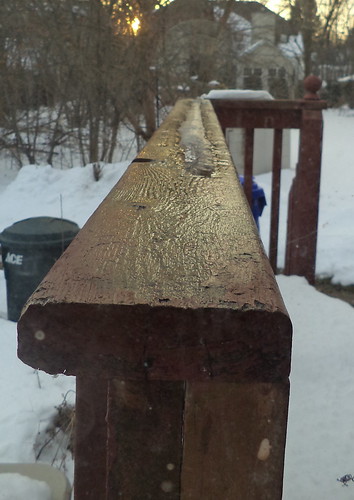 By Sunday noon, the snow was completely gone. 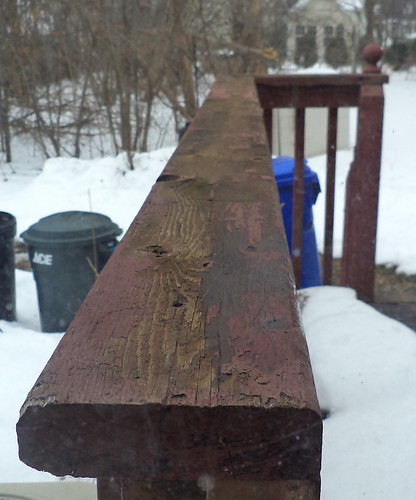 We're in the grip of some cold weather. If this cold had come right after the blizzard, I'd probably still have snow on the railing. I didn't get all the snow shoveled off the deck, as you can see, so what's there is now frozen pretty hard. I need a warm up to be able to move that.

I also need to restain the deck this spring.