It's kind of overused to call this a "brutal" winter. At least we don't have the snow here that we did last year. It's just cold. Cold I can deal with, especially when I can make comfort food. 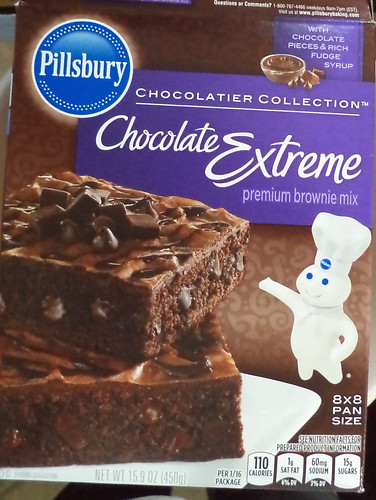 It was on sale for $1.50 a box. I think that comes very close to the cost of making them from scratch. What could be more comforting than warm brownies on a cold winter night.

Everything gets dumped into one bowl. 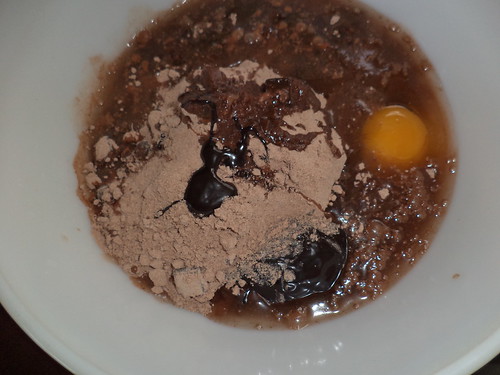 As advertised, the mix comes with chocolate pieces. Some were chunks and some were chips. There is a pouch of fudge which is added to the batter. You add an egg, 1/2 cup of oil and 3 tablespoons of water. 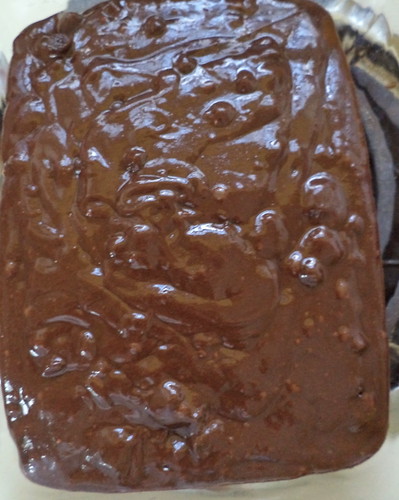 I found it humorous that the directions tell you to beat the batter for 50 strokes. Usually, it says "beat until moist". I guess they found that giving people a set number of strokes results in a more consistent product. The bottom of the pan is greased and the batter poured into the prepared pan. You bake the brownies at 350 for 35 to 37 minutes. 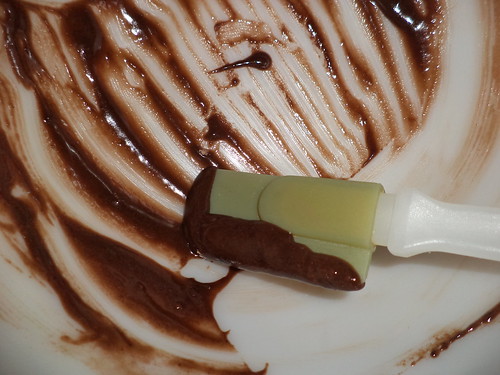 While they are baking, lick the bowl. It could be argued that one of the reasons I bake is to eat the batter. You wouldn't be completely wrong, but I think the combination of batter and baked good is best. 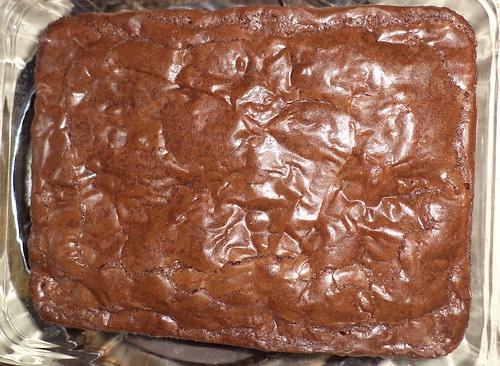 They look like brownies should look. There is a thin cracked crust and they rose just a bit. My pan is 8.5 by 6.5 so I got thick brownies. If you use a 9x9 pan, which the box says can be used, they would be thin. I guess it's all in how you like your brownies. 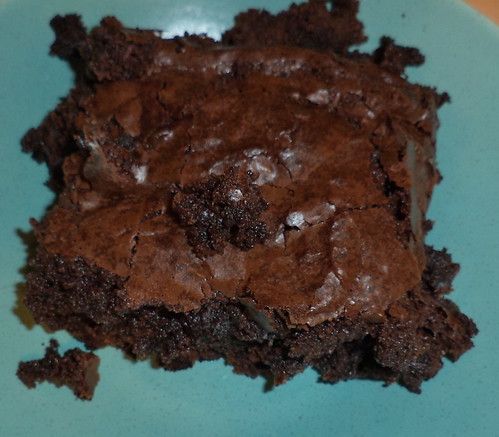 I cut the pan into quarters. I discovered that the 37 minutes allotted was not enough. The bottom was still batter. So, I was making fries at the time and stuck the pan back in the 450 oven for another 10 minutes. That cooked them all the way through. If I do this again, I'll go for 40-45 minutes.

They smelled wonderful. The batter tasted good. I can't call it "great" because it did taste somewhat artificial. There is a difference in taste when you make it on your own than when it comes from a box due to food preservation laws. You'd think it would just be chocolate pieces, cocoa, flour and sugar, but there was something else. Probably anti-clumping additives. It wasn't a bad taste, but it didn't taste like brownies composed of flour, sugar and cocoa.

They didn't hold up as well as homemade, however. They aren't the kind you wrap in plastic and send with lunch. By the time you get to lunch, they will be in pieces. The chocolate chips and chunks weren't as many as it appears when I dumped in the pouch. I thought about adding more and I should have. I think these also would have benefitted from the addition of walnuts. The chocolate flavor was consistent but I wonder how much the fudge sauce contributes to the flavor. "Real" brownies don't need that sauce to be chocolate. 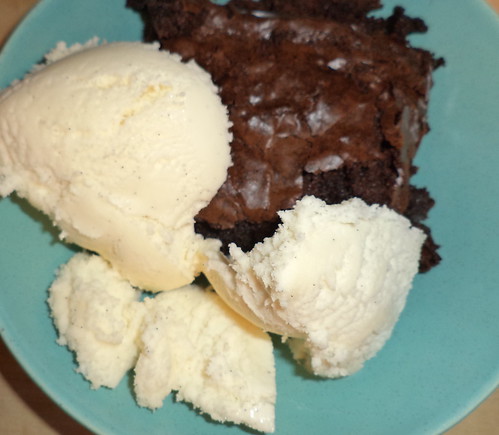 I could just eat them plain, but warm, from the oven brownies just scream for ice cream. I was worried I didn't have any. But, I moved a bag of peas and there was a pint of Haagen Das vanilla bean ice cream; the perfect complement to chocolate brownies. This can be supper on a cold, cold winter night.

So, if you're in the market for brownies and don't want to take the hour to make homemade ones, and you see this on sale for $2.50 or less, it's worth it. You don't get a 9x13 pan of them unless you buy two boxes. They won't be as dense as the photo on the box or as you're used to but they are fine for an afternoon or evening treat. They tasted great and warm, with ice cream, it was very satisfying. Don't buy them if you are looking for a heap of chocolate. They aren't that chocolaty. Buy them if you want a quick treat.