Batter Will Be Lumpy 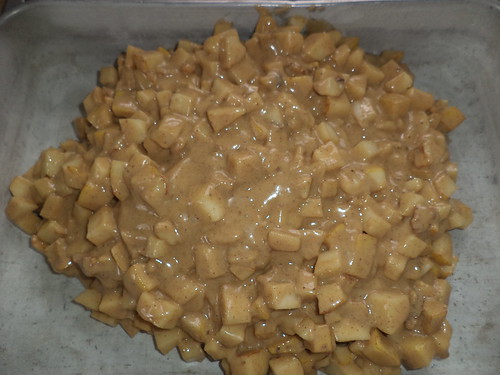 Actually, I was not at all convinced this would become the pear walnut cake the recipe advertised it to be. So incredibly easy to make, I've been wanting to bake this for some time, but I tend to eat the pears before they become ingredients in cake batter. Having found the fruit dipping caramel at Mariano's, pears and caramel can be a legitimate supper choice. But that doesn't leave pears for cake and you need a lot of pears, according to the recipe. 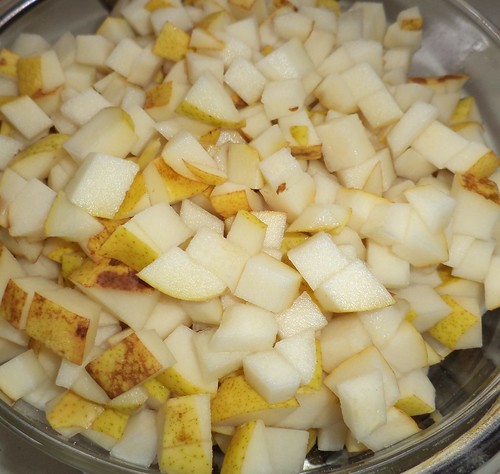 That's five (5), count 'em, FIVE D'anjou pears diced. You don't peel them. You just dice them into half inch cubes. I looked at the recipe several times as I was dicing pears, thinking I'd misread it. Nope. "Dice 5 D'anjou pears. Do not peel." That's a lot of pear pieces.

Then you mix up a batter. 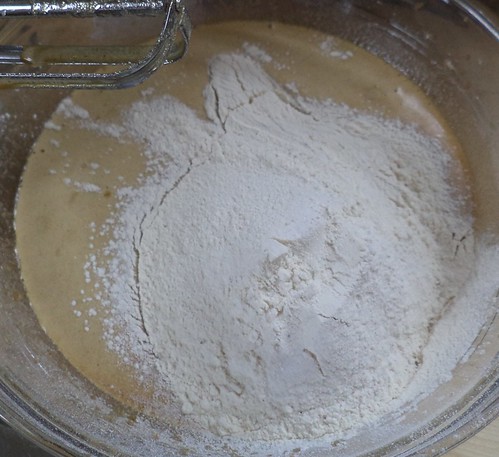 It's a simple lightly spiced cake batter. There's cinnamon, nutmeg, flour, brown sugar and oil in this. Beat it to creamy and add the pears. "Batter will be lumpy". I looked at this and thought, "There is no way this is making a cake." But, I'd come this far so let's pop it in the oven for an hour at 350 degrees and see what happens.

The smell as it baked was just a hint of cinnamon. It strikes me that baking pears don't really have a smell. The timer went off and I opened the oven. 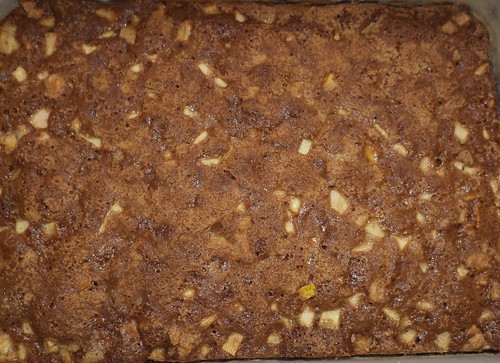 Well, how about that. It's cake! I took this cake to Iowa on a recent visit. It's dense and moist and tastes very good with vanilla ice cream. The great niece and nephews loved that they could pick it up and eat it. I liked that it traveled well.

This recipe is a keeper. The preparation time is long because of the dicing of the pears and it takes an hour to bake, but it's so worth it.