Well, That Explains It

When the sun is slated to get up at 5:15 and you're sound asleep, noticing that yellow orb when you do get up isn't usual. Oh, if it's cloudy, or heavily overcast or shining straight into your eyes as you sit at the table eating your morning Cheerios, then you notice it. But, usually, it's just another day. Except when it isn't. 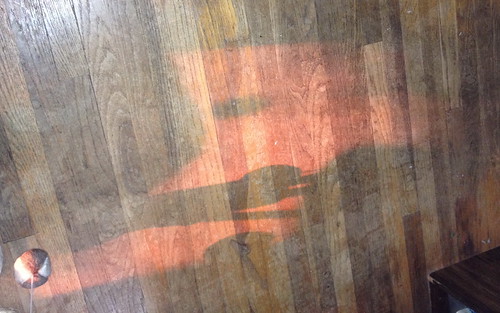 I first noticed something wasn't quite right with the sunshine when I headed into the kitchen. Sunlight in June isn't usually this red on the living room floor. I got my cereal and sat down. The sun should be streaming directly into the living room windows. It was but, well, see for yourself. 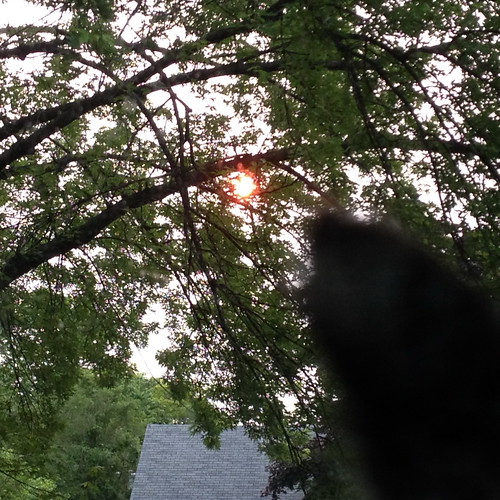 Ignore the blog on the right. "Someone" is exceptionally lovey dovey in the morning when I have cereal and she gets in the way. I sat there looking at this. I know, from science class, that if the sun exploded, we'd not know about it for 8 minutes. Well, given that we have an abundance of satellites in orbit, we'd know the sun went kerfloof, but we'd still have 8 minutes of sunlight before being obliterated by the shock wave.

But the sky wasn't red. It was hazy but not red. Maybe it had been red as the sun rose, but it usually clears off by the time it gets this high in the sky. 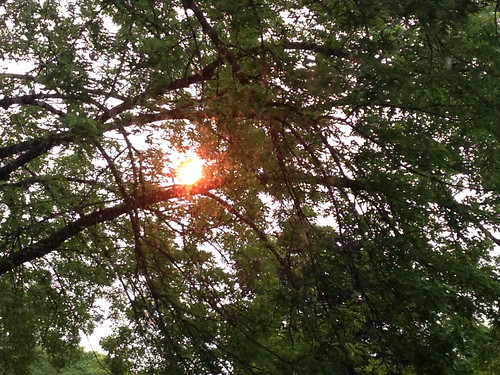 Something about this was odd. It didn't go away all the time I drove to the office so I don't know when the color changed. (As I type this, it's been clear skies for several hours now.) I filed the phenomenon away in the memory cells and figured there would be an explanation at some point in the future. Sure enough. The Weather Channel posted it around 3:30 this afternoon.

There are wildfires in Canada and the jet stream carried smoke from those wildfires south and east across mid-Wisconsin and Chicagoland. The smoke screens out all but the red and orange color spectrum which caused the sun to look like the above. You can read the whole article here.

That's pretty cool, actually, not about the fires, but how it impacts the color of the sun. Kind of makes me want to get up at 4:30 on the 21st to watch the sun rise over Lake Michigan.