The best part of going to visit a friend, particularly if that friend lives somewhere you've never been before, is having a built-in tour guide. When I went to visit Patt at Memorial Day, I couldn't wait to have a guided tour of the Faribault, Minnesota area. I have to say that if I colored in the counties in Minnesota where I'd actually spent time, Rice County would not have been colored in, even in part. I had never been that way at all.

There are a lot of reasons to visit. There is a lovely nature center, River Bend Nature Center, along the outskirts of the town. We only drove through it. The phlox were in bloom when I was visiting and some areas adjacent to the road were awash in pink, lavender and white.

The inventor of the carnival staple, the Tilt-a-Whirl, lived in Faribault and invented the ride in 1926. They have an original car which is being restored and will be placed in the downtown area. I think that's my favorite ride.

You may know the downtown from the movie "Grumpy Old Men". 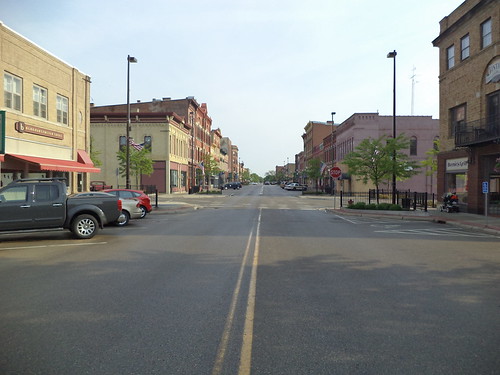 Main street and the drug store from the beginning of the movie were Faribault. I have to admit that I haven't seen the movie in many years so it's on the list of things to watch again, now that I've driven through the town. The Tilt-a-Whirl is going to the left of the intersection in this photo.

Faribault has taken great pride of place. They had a movie theatre. Most towns their size had one. In an effort to keep it functional, it was subdivided into a multi-plex. But that couldn't save it. A merger of the Faribault Arts Center and the Faribault Community Theater created the Paradise Center for the Arts in the old theater. It is a gem in the downtown, staging plays and concerts at very reasonable prices. Cultural opportunities make a town more attractive to people.

And there is a Chicago connection to Faribault, one I didn't know about. 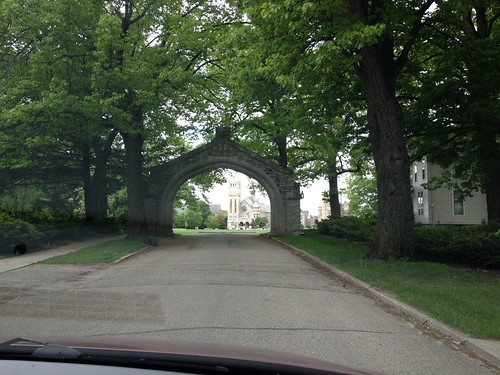 This is the entrance to the elite and very private boarding school, Shattuck-St. Mary's. Driving under the arch catapulted you into a world of old buildings or buildings designed to look old. The campus is very reminiscent of an English college. Shattuck is known for engineering, bioscience, and the arts. Marlon Brando was kicked out of Shattuck. Broadcaster Brent Musburger is a graduate.

Another claim to fame figured into this year's Stanley Cup. 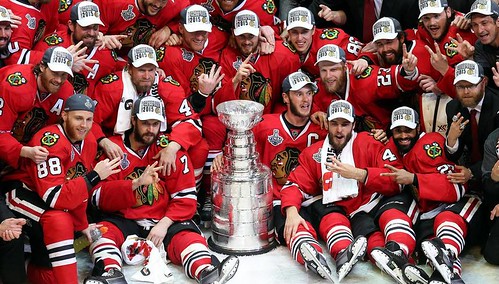 The team captain of the Chicago Blackhawk's, Jonathan Toews, went to school at Shattuck. They excel in golf, soccer, figure skating and hockey. I counted at least 8 current and former National Hockey League players who learned their craft at Shattuck.

I never would have known any of this had I not had a personal guide. It's amazing to me the things a small town has hidden amongst the trees and rolling hills. It makes me want to explore more of the small towns I travel through on my journeys. I actually paid more attention to the Stanley Cup finals knowing of this connection than I would have. Hockey? Meh. Hockey with a visceral connection to where Patt lives? Okay.