A Change in the Weather

"You don't like the weather, wait 10 minutes. It will change."

This comment was one of the first things I heard when I moved to Chicagoland. Lake Michigan influences the weather patterns in this area. But, I'm very familiar with changeable weather. Growing up on an Iowa farm, we watched the weather systems come from the west and southwest in the summer and the north and northwest in the winter. I'm familiar with the black, rain-filled clouds which bring the threat of tornados and the leaden gray clouds of winter and their abundance of snow. 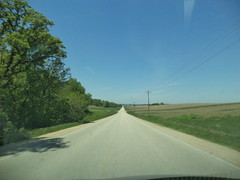 My vacation, starting a bit early in that I had to go west to do inspections before continuing on to my destination, started in the warm sunshine of a late spring day. We tend to think of the days around Memorial Day as the beginning of summer, whereas meteorological summer isn't until June 21st. There was a warm breeze and sunshine and not a cloud in the sky on the Friday and Saturday I spent working and then lounging at my mother's before heading north to Minnesota. We knew rain was coming, but it was a far away thought.

I awoke to rain splashing on the windows. The car was loaded in a driving rain, but I needed to get on my way. Iowa always looks good in a rainstorm. 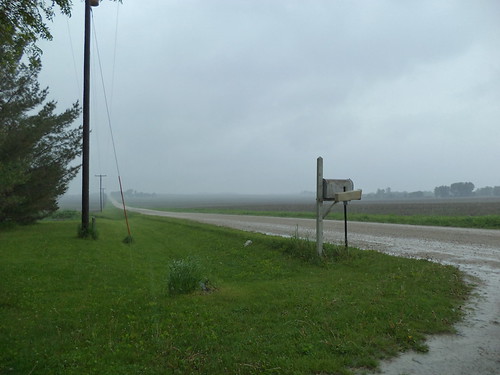 The route took me west, north, west and then straight north. The rains came from the west, in easily identifiable bands. 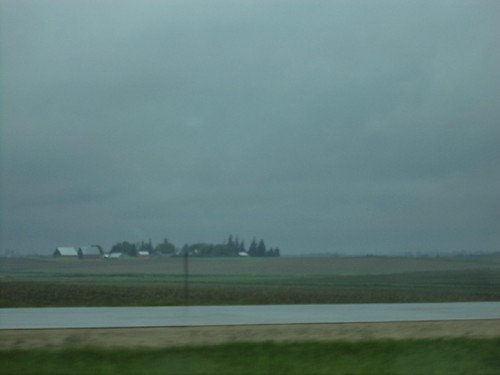 I had every intention of stopping in Clear Lake, Iowa, at the Buddy Holly crash site. It's one of those places I didn't know existed until the last 10 years. Three musicians and a pilot died in the crash and the infamy of having this event was not something people wanted memorialized. Times and attitudes change and now, fans come to this spot to pay their respects, not necessarily to gawk. We talk about times being simpler. I don't know that that's the case, but they were different and this memorial connects us to a different time.

As luck would have it, I needed gas by the time I got to Clear Lake. It was raining sideways. The canopy over the gas pumps provided no shelter. I stood next to the car, with my feet and lower legs getting wet and made the decision that traipsing to a memorial in a driving rain was not something I wanted to do. Grabbing lunch at Wendy's, I continued north into Minnesota.

Oh look. How nice of them to have road destruction for those of us from Chicago. 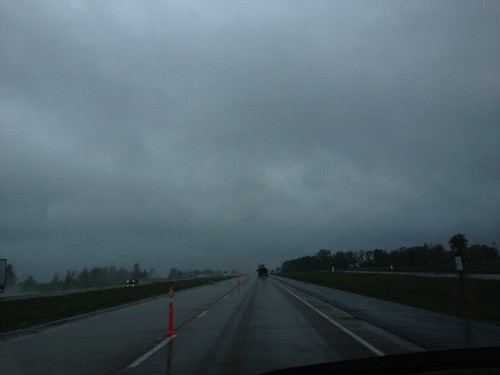 It's about 1:30 in the afternoon here. You can be forgiven for thinking it's close to sunset. The low, water-filled clouds pretty much obscured the sun. I'm usually not one to think, "How much longer?", but I certainly did here. The sign announcing Faribault, Minnesota never looked so good.

There was a brief let up in the rain for Memorial Day's parade but the rains returned in the middle of the afternoon. I was visiting a friend and we could watch the rain come from west to east through the back yards of her neighborhood. 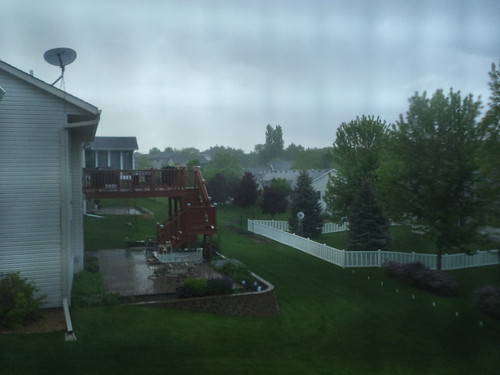 Tuesday was drizzle, although it was a warm drizzle. We weren't going to be tourists, thankfully, because there is nothing inviting about doing any sort of walking tour in a steady rain.

I headed home on Wednesday and, of course, it was lovely. 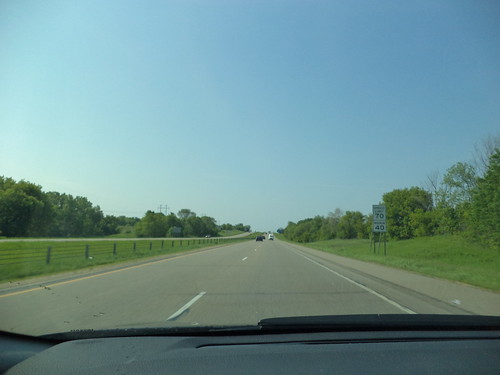 Bright blue sky. No clouds. Easy driving. I actually don't mind driving in the rain, but a horizontal rain with road construction is not a good drive. It makes for a stressful ride. I could just put the car on cruise control and head home, once I found the interstate.

Clouds picked up when I got near Madison, Wisconsin. 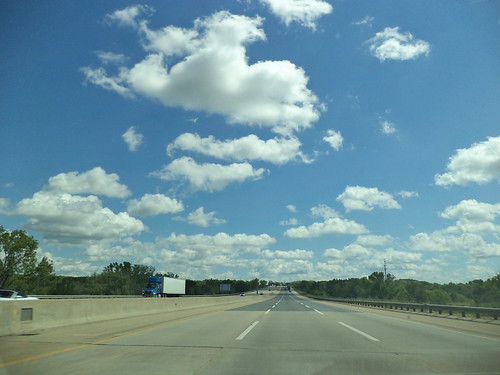 These are the clouds that make wonderful photos. It's like the sky is glass and you've dropped shredded cotton balls around. They stayed with me until I got south of Rockford, Illinois and headed east toward home. 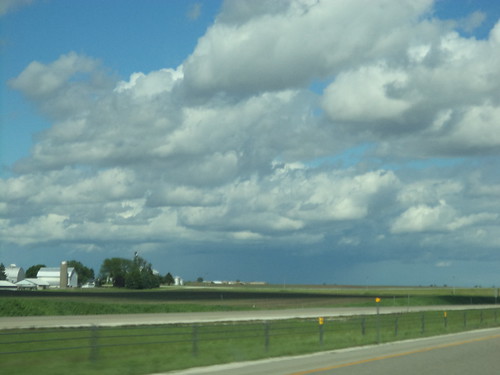 At that point, the clouds had thickened and, in the distance, was the remnant of the rain that had gone through Faribault in the days before.

The weekend and vacation was not a wash out. I loved the peace and quiet I found. I needed to step away from life for a bit and the trip allowed me to remove myself and just be. Plus, we weren't really going to do anything other than talk so the rain wasn't a hindrance to our activities. And we can sigh at 3 days of rain but it was nothing compared to what Texas went through. That area of Minnesota was in mild drought conditions and, although there were times of heavy rain, most of it was the soaking kind. This is the kind of rain which will go deep to the roots of the corn and soybeans and alfalfa and apple trees which make up the commercial crops in that area. I came home to a lawn in desperate need of mowing but glowing green in the afternoon sunshine.