I don't know anyone, although I'm sure there are, who doesn't like receiving flowers as a gift. Flowers seem to be the iconic way to recognize holidays or achievements. Plus, where would Midwest mothers be without the obligatory dandelion bouquets in the spring. So it was a surprise and delight when I came home from work on May 8th and found a flower box on the front steps. 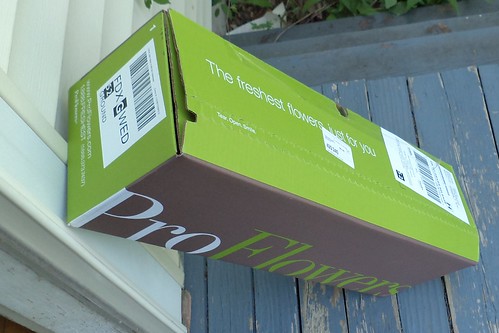 I knew it would be from Carole. I was not expecting flowers, mind you. I was leaving on vacation on the 22nd and I half expected no acknowledgement beyond an email since I'd be there and she wouldn't have to ship anything so this was a delight.

The flowers were lovely out of the box. 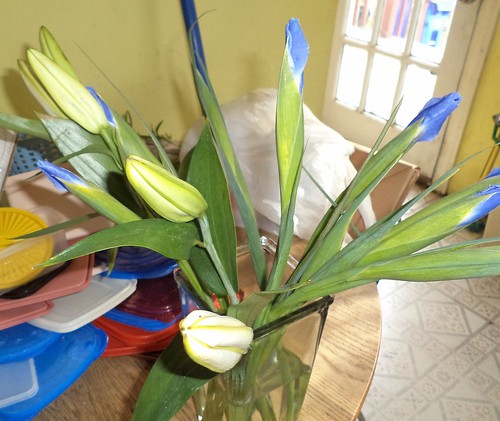 These are lilies and iris. They came in a very sturdy glass vase.

I cut off the inch recommended, added the flower saver stuff and put them on the kitchen table. Lilies are toxic to cats and I just didn't have a spot in the living room where I could put them and not worry. I'm in the kitchen a lot so they fit right in.

The lilies bloomed almost right away. 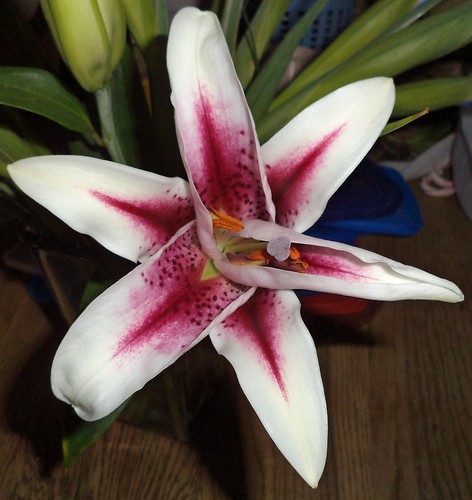 After some thought, I think these are Mona Lisa Asiatic Lilies. I had these, at one time, in a pot on the deck. They are easy to grow and overwinter. 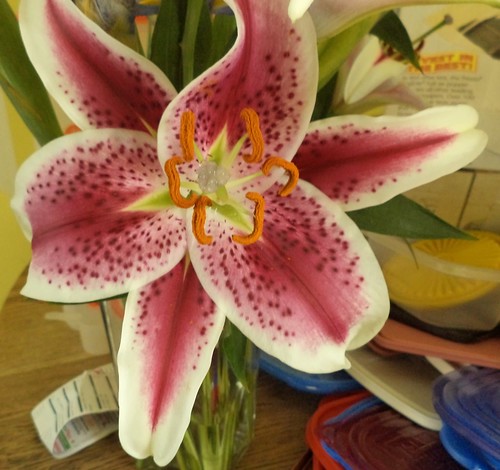 They were gorgeous and I love the smell of Asiatic lilies. It's akin to the smell of Noxema skin care cream, which some people can't stand. I like it. It was wonderful to walk into the kitchen to that aroma.

There was a problem, however, with the iris. They never bloomed. When they arrived, one iris was in blossom. But, if you look at the bud at the lower left, you can tell something's not quite right. 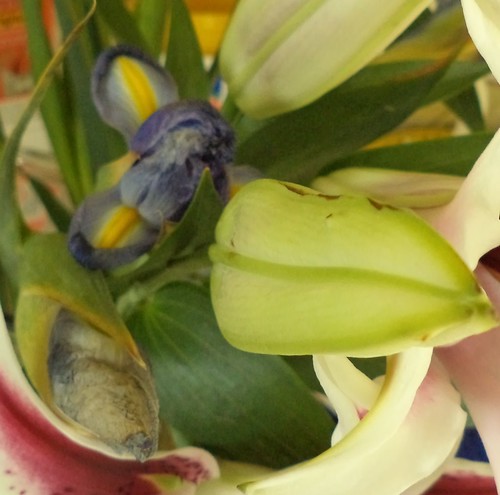 This bud and all the rest, stayed in this state. In fact, they turned brown. 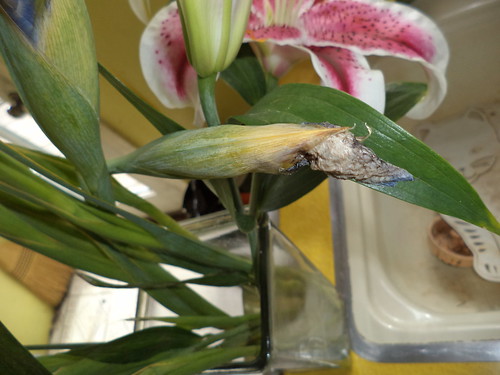 It was depressing. I felt badly for Carole as it's her money and I got a substandard product. 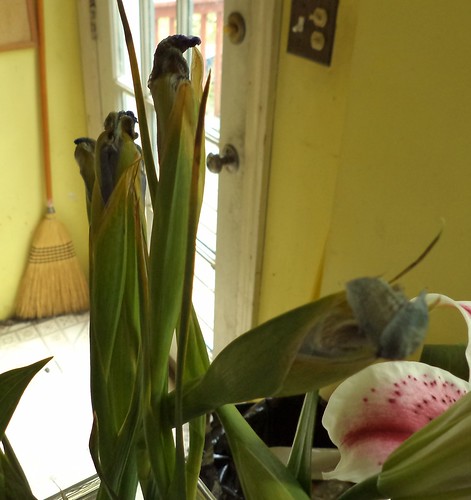 I sent her these photos and she sent them on to Pro Flowers. As of this writing, her email hasn't been acknowledged. I've received several things from Pro Flowers and Carole said she wasn't too upset at the bad flowers since she got a huge deal on them. I think this was just a fluke, but I do think she should be credited for the iris. There was nothing wrong with the lilies. They all bloomed in perfect flowers over the course of a week.

Lilies have an abundance of pollen, too. I took the flowers to the compost pile after they'd spent their blooms. About an hour later, I wondered what the orange stuff on my pants was. Oh yeah. Pollen.

The Mother's Day flowers always come with a small box of chocolates. 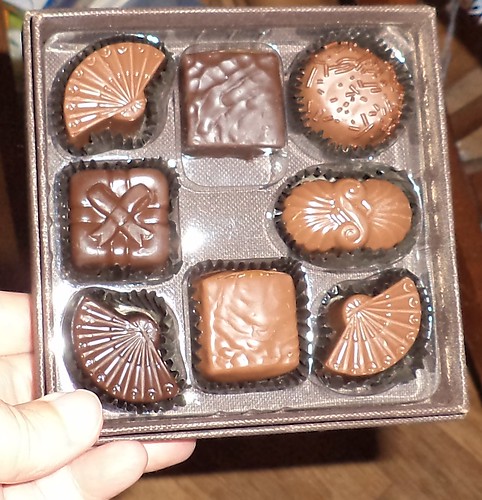 Nothing wrong with those.

Probably the best part is the box. 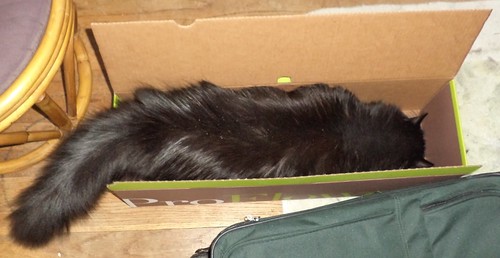