An Overload of Squee

We could, perhaps, file this under "Don't go to the pet store when there's an adoption event going on." That's, maybe, good advice because you never know what you'll bring home, in addition to the Frontline Flea and Tick repellent which was the real reason you went to the pet store in the first place. 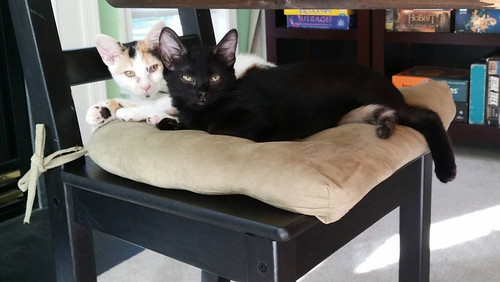 Aren't they adorable? Meet Jaina and Jacen. No no. They aren't living with me. Carole and Larry adopted them. 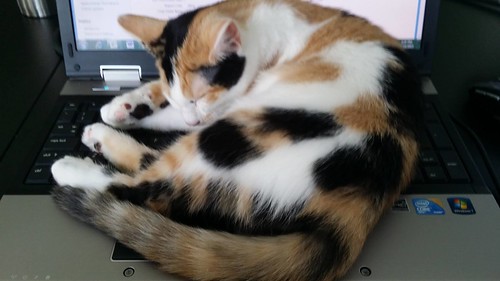 They are not from the same litter but had been fostered together so it was asked if they could be kept together. Carole said there were a number of black kittens and cats. People were cooing over them, but no one seemed to be adopting. 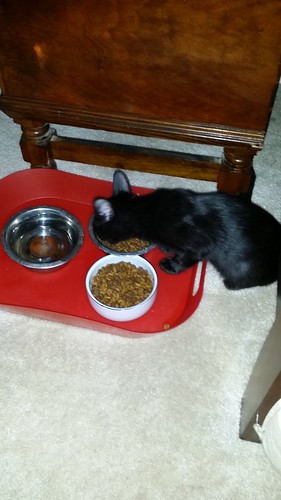 Larry has never been around kittens. All the cats he's ever known have been adults. Other than Tobey, all the cats Carole has known, we had from when they were a year or less old.

There were some anxious moments. How would Faux and Tobey react? There was some hissing, but things have gone remarkably well. 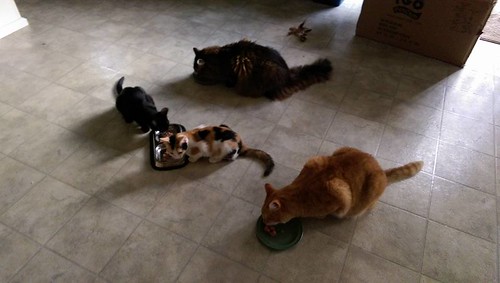 I read where adding kittens to a household of adult cats is better than trying to integrate adult cats into established adult cat homes. That should not deter anyone from adopting if they already have an adult cat. I've often wondered if my girls would like a kitten. An adult cat would be problematic. Pilchard pees outside the box enough as it is. Any stress, anything she doesn't like and she registers it by peeing outside the box. I think the addition of a kitten, while maybe a good idea eventually, would cause her to pee other places outside of the box and I don't want to deal with that.

Carole and Larry got a cat tree. 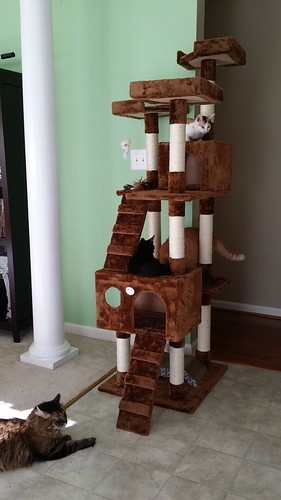 That's not so much a tree as an apartment building. There are so many levels and places for everyone to lie down and not be in each other's space. Notice Faux on the floor to the lower left. "Meh. I'll not have anything to do with this." 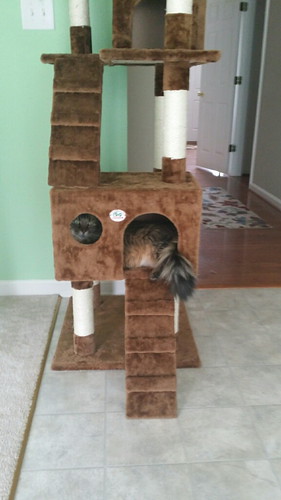 They have the room to provide a good home to more cats. Would that I was closer. There is something energizing about kittens. And, in case you're wondering, the names are Han Solo and Princess Leia's children's names.