Maybe it's because I've not been well this tail end of summer and bed has been a good place to find me. Maybe it's because the weather has been wonderful for sleeping with windows open; highs in the 80's with nights cooling off to the low to mid 60's. Maybe I'm just nostalgic. I'm not quite sure what it is, but night has brought back some wonderfully warm memories as August turned into September. 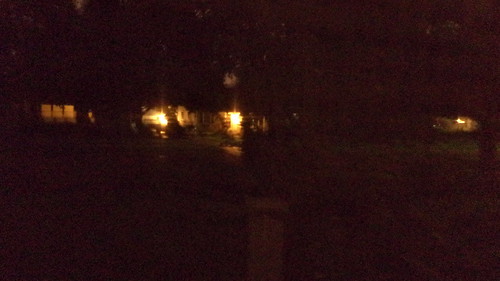 My mother's mother lived in Cedar Rapids, Iowa. One of the things we kids looked forward to was the ability to spend a week with Gram during the summer. She often had to work part of the week we were there, but, when we were old enough, that wasn't a problem. My sister and I went together and we took the bus everywhere. We even walked the couple of miles to a cousin's house. His wife was aghast that we had walked, but, to us, it was no big deal and we were rather proud of ourselves for finding their house. I remember walking to the Dairy Queen on First Avenue, which is, incidentally, still there.

The one thing I'm remembering with much fondness is lying awake at night and listening to the sounds of the city. Gram lived 2 blocks from busy First Avenue, which was the major arterial from south to north Cedar Rapids. When I was a child and visiting, there was a train spur 6 blocks south of her which ran, usually at night.

I've found myself, over the course of the last month and a half, waking up occasionally at 1 or 2 in the morning. The windows are open. A cat is snoozing beside me and there is the sound of a city summer night. I'm 4 blocks from Roosevelt Road, a major arterial going east west through Wheaton. I can hear the sounds of traffic. Two blocks to my west is a secondary north south route on which emergency vehicles go to get to the north side of Wheaton. It's rare, but I can hear those sounds. And there are the insects. It's the same sound of buzzing and chirping that I remember from summers in Cedar Rapids.

It is all so very familiar. I found myself lying in bed with my eyes closed straining to hear the TV and Johnny Carson's voice. I could almost feel myself lying in the guest bed with a gentle southern breeze coming in the window. My grandmother was a complicated woman but this summer, I've found myself wishing I could go back to a summer so many years ago and lie in a bed in her house and just listen.