I came home on Tuesday and noticed this on the roof of the house. 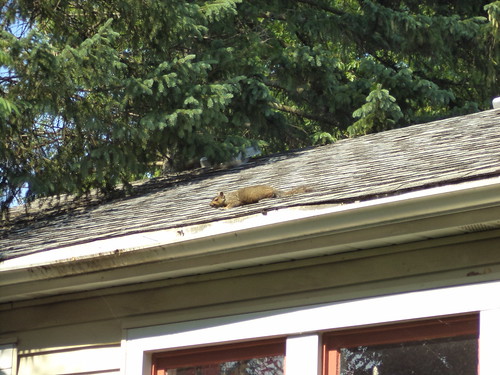 That's a little weird for a squirrel to just be lying on the roof. He lay there watching me watching him. I got off one photo and then he turned around. 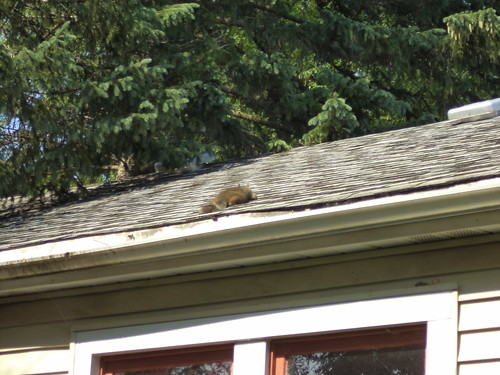 He wasn't moving fast at all. I wondered if he had fallen from the trees onto the roof and injured himself. What would I do if he was hurt? I'm sure a terrified squirrel would not be easy to retrieve off the roof and that meant climbing a ladder to get to him, something I'm not secure in doing anymore.

But as I approached the house, he jumped up and ran across the roof to the right. He got to the electric line and hopped aboard. 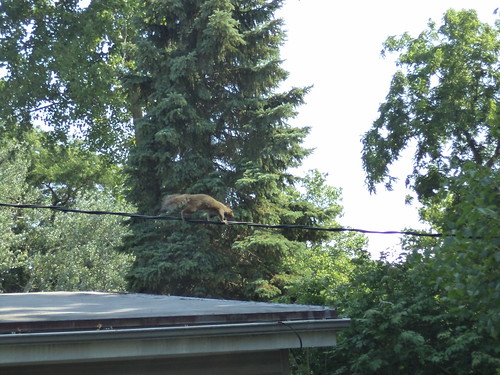 That's not an injured squirrel. All the little bugger was doing was lying in the sunshine. Scared me for a second. I've heard squirrels referred to as the clowns of the animal kingdom. Yeah. Yeah. I'd agree with that.