We take a lot for granted in this life. What defines a "modern" convenience has varied throughout human history. This became apparent to me when my washer went out. How "modern" was this item considered back when my dad's mother used it? 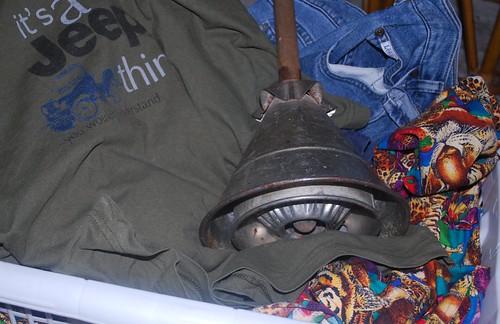 This is a hand agitator. You put the clothes in a tub and then push up and down on the clothes, probably with lye, to agitate them and get them clean. It was physically punishing work. But when your washer starts to die, you think about alternatives to getting clean clothing.

My mother's mother had a wringer washer, something that was fascinating to me when I was young. She would push the clothes through this wringer contraption which flattened clothes; wow did it flatten them. We would shake out them out and hang them on her line. You had to be careful with buttons. The wringers were so powerful, they would smash buttons.

When we had to replace the washer which was donated to us by my mother's father when we bought our house, we got something with a solid state, computerized control panel. In cleaning out the "Receipts for Major Purchases" file, I found that the washer was purchased in 1997. Eighteen years. That's a good long time for a major appliance. 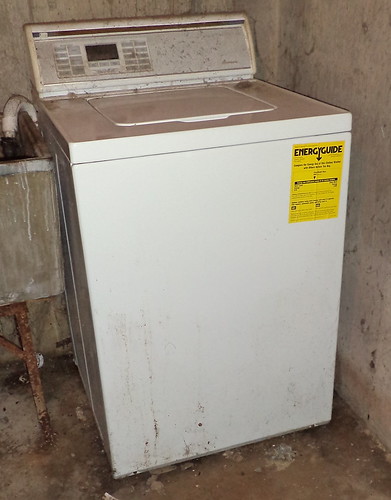 We had one major repair to the computerized console about 5 years after we got this. I dug through the receipts and discovered we had purchased the extended warranty. Everything would be covered. Since that time, there haven't been any problems with it until the end of winter when it decided the permanent cycle wasn't going to agitate well anymore. Finally, I think that setting quit working all together, although it would spin 95% of the water out of the clothes. At the end, I wound up doing small loads on regular only when I needed something. The last washing was June 19th, a small load of underwear and socks.

What could be more special than Independence Day? How should we celebrate our nation's independence? Why, let's put major appliances on sale! Sales started on June 28th. I spent several days researching washers. We spent $649.02 on this Amana washer back in 1997. I analyzed my washing habits. At best, I will do 3 loads a week, if I get behind. Usually, it's one load a week. As I look ahead in my life, there will be a time, probably in a decade, when I will retire. I won't want to live in the house and I will be looking for a condo. A washing machine that lasts me 18 years is probably not a good investment as I'm pretty sure I won't be taking it with me when I move. With those two things in mind, price became the ultimate determinant of machines.

As I searched, I discovered I had to consider delivery, installation and removal of the old machine. Free delivery didn't come with the lower end appliances. Neither did free removal. Installation is free everywhere. Once I settled on 2 machines, an Amana and a Whirlpool, I checked delivery dates, calling stores to see how soon I could have a washer. Best Buy won. I bought a new washer on Tuesday, June 30th and they delivered and installed the new one, and hauled away the old machine on July 4th. That's right! Independence Day was the arrival and installation of a new washer. 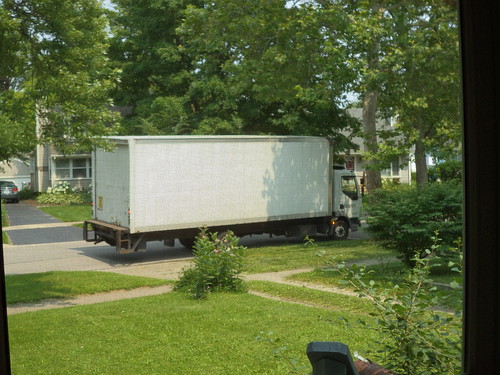 I would have thought they would show up in a Best Buy branded truck. You'd never know where I got my washer from by looking at the truck. The two guys who showed up said they deliver 365 days a year. "Even Christmas!" I gasped. One guy said, "Think about it. The stove goes out and you have Christmas dinner to prepare for all those relatives coming at 3 p.m. We deliver on Christmas Day so your cousin doesn't smirk that your old stover finally died." I had to laugh at his story. Something tells me, that's from experience.

They were monsters. The whole experience took 30 minutes from the time they took the basement door off its hinges to the time I signed for delivery. 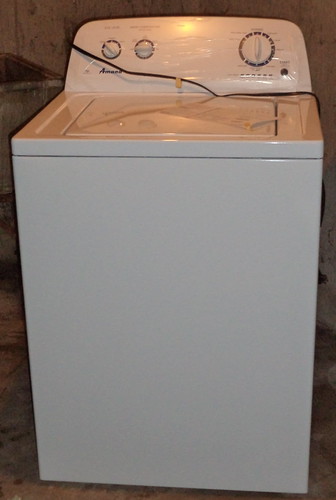 My basement door was replaced; the old machine was hauled to the truck; all packaging removed and put either in the garbage or recycling can; machine leveled and tested and I was set. This is nothing fancy, but I don't want fancy. I just want something that will clean clothes. It's high-efficiency so, once this batch of laundry detergent is finished, I will have to buy that version.

So, when people ask, "How did you spend your 4th of July?", I reply, "I got a new washer! I spent it washing clothes!"