I Love This Town 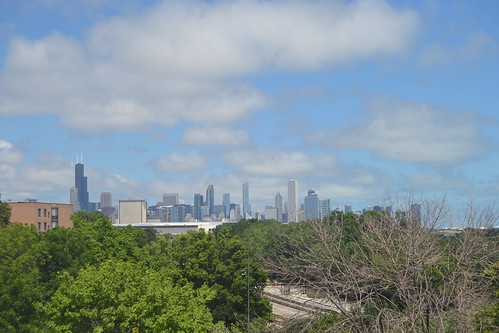 I don't think I could live in the city. I value my more than postage stamp lawn, although I have to admit that it's more care than I can do right now. But when I have to go into the city, as I did in July to take the above photo, or last week, this town has a beauty I enjoy. Even though I don't partake of all it has to offer, and it has a lot of free stuff, just knowing I could is good enough for me.

Of course, getting there can be an exercise in supreme patience. 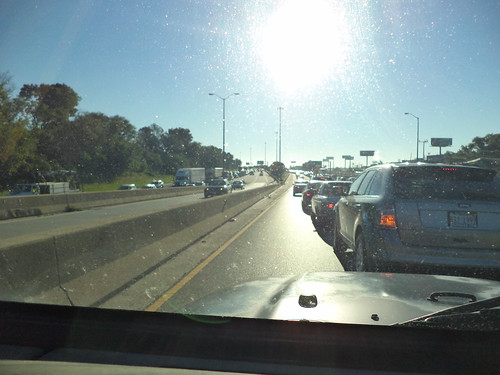 It's 7:05 a.m. and the Eisenhower Expressway going into the city is a parking lot. It's not any better to the left leaving the city. It used to be that going in didn't get "bad" until 7:15. Now, if you have to be somewhere in the city by 8, you best leave at 6:15 to be sure you get there on time. Still, when the skyline comes into view, it's so distinctive. 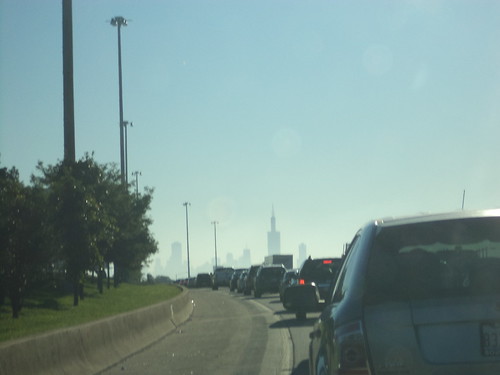 It doesn't matter that I've moved exactly one and a half football fields from the previous photo and it's 20 minutes later. 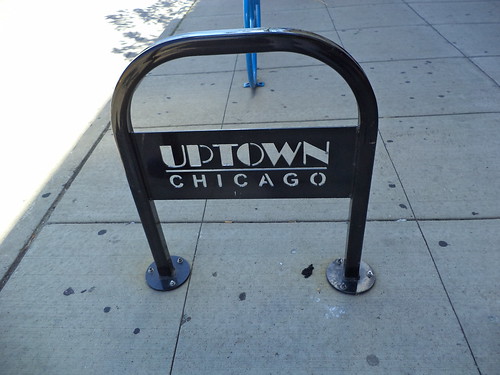 We're working in one of Chicago's oldest neighborhood called "Uptown". For many, many years, this was the end of the elevated streetcar line. Wealthy Chicagoans bought up the land and built large homes in the area and it was, if you can believe it, a vacation destination for those living in the city proper. Gradually, the city overtook the area. It's now not the nicest place to be. The grand old houses were torn down and the land used for apartments. Or the homes were converted into apartments which have long ago lost their sheen. 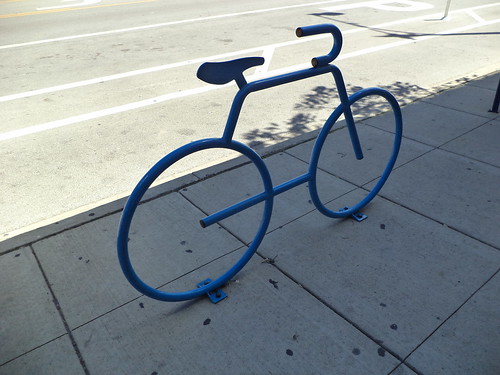 Neighborhoods come and go with the rise and fall of the merchants around them. There is a branch of Harper College here which provides a captive populace for those business owners, mainly restaurants, to eek out a living. Infrastructure improvements, including quirky bike racks, help make getting around the area easier.

One of the biggest projects is to completely redo the elevated line and its attendant station. There is a lot of history contained in the buildings. 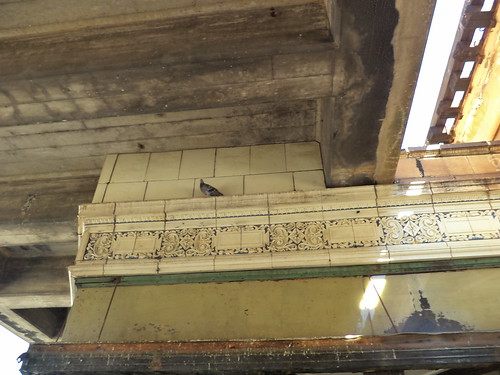 The "glory" days of the neighborhood were in the 1920's-1930's when most of these buildings with the terracotta trim were erected. A lot of renovation and demolition has happened in the intervening years. Sometimes things were saved. Most of the time, they were not. The terracotta on this building, which is slated for demolition, will be removed and saved. The building behind the terracotta is not structurally sound anymore. The pigeon will have to find other digs.

In some cases, building owners understood the value of keeping the architectural details. 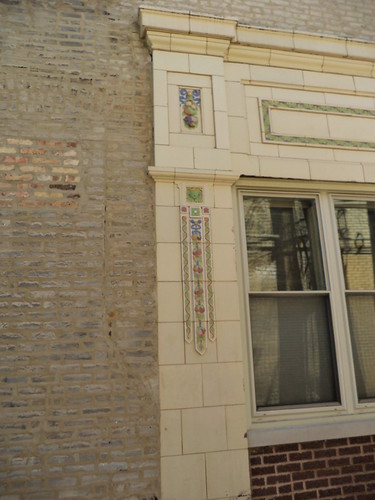 This is an example. I really like how the owners have maintained the colored terracotta features. It doesn't work for every building, but where it can be saved and preserved, it's beauty enlivens a neighborhood. This is an apartment building from the 1940's.

I finished my job and headed home. 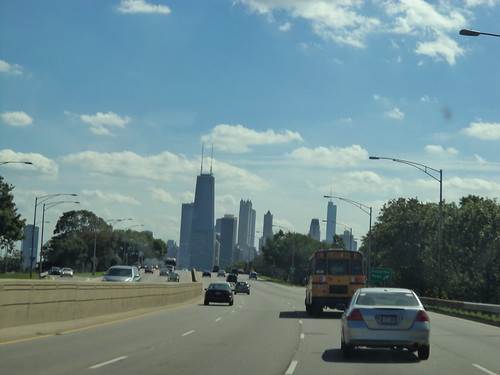 Heading south on Lake Shore Drive gives you another view of the city part of Chicago. The John Hancock building, visible here, is not visible when you're coming in on the Eisenhower. That's the Sears, no Willis Tower you see coming in from the west. The two are too far apart to get into a small photo at these distances.

On a day like this, the best view was the one out my window looking east. 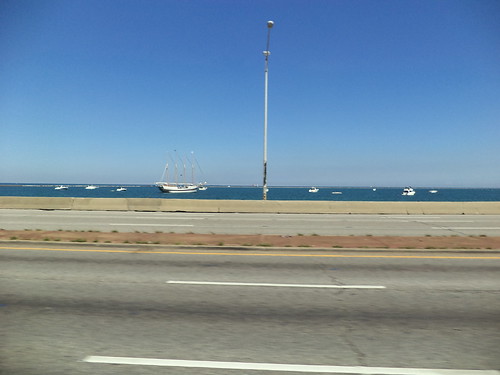 I don't have anything to compare this with. I have very little experience with the ocean so I don't know if it ever looks this blue green. The boats are inside the break waters so that area does not have waves. It was so incredibly placid and still. The big boat is The Tall Ship Windy which can be rented out for private parties.

Even when I curse my luck of having to drive in on a hot summer day when traffic ceases to move at 7:10 in the morning, they are the images that make me happy to live here.