The past week has seen me driving into the city in the early morning. I remember when you could leave at 7 and be in the city by 8. It's not that way anymore. 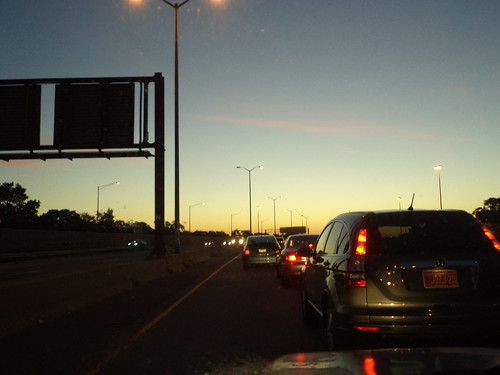 As the sun brightens the horizon, at 6:15 a.m., traffic into the city is stopped, stopped so much that I can set up a shot of the approaching sunrise.

Traffic crawled forward and the city came into view. 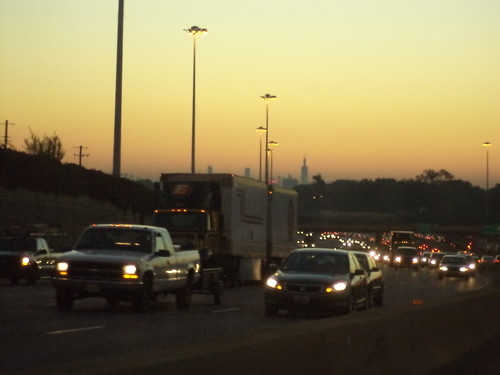 I love the color of the sky with the gray silhouette of downtown Chicago in the distance.

Ten more minutes and the big orange ball of the sun peaked over the treetops. 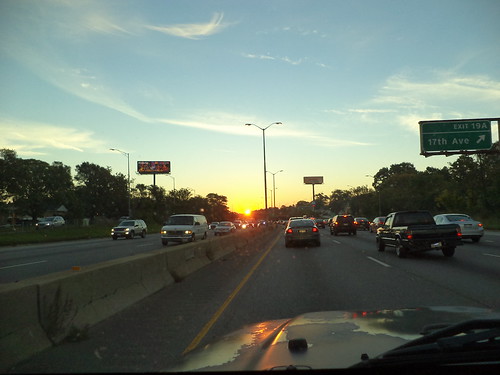 A half hour later, the city is in full view and the gold of morning is full on. Wednesday was clear as a bell. 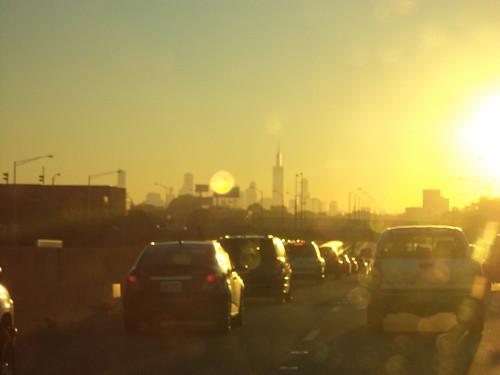 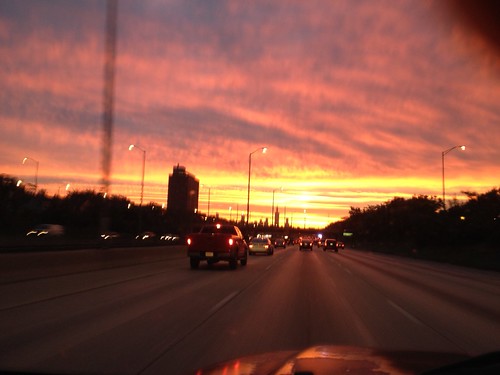 Traffic was so much lighter. I started out 15 minutes earlier. I don't know if that made a difference, but the hour and 20 minute drive in on Wednesday was 45 minutes on Thursday. 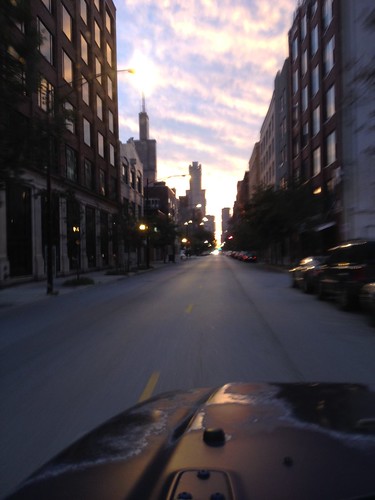 Streets were deserted and I was actually able to get street parking, which is almost unheard of. I love the juxtaposition of the sky and the apartment buildings as I head east.

It can be a struggle to get up at 5. I feel stiff and it's slow getting going. But then, I get to witness the day beginning. It's so worth it.