I declare it officially fall. 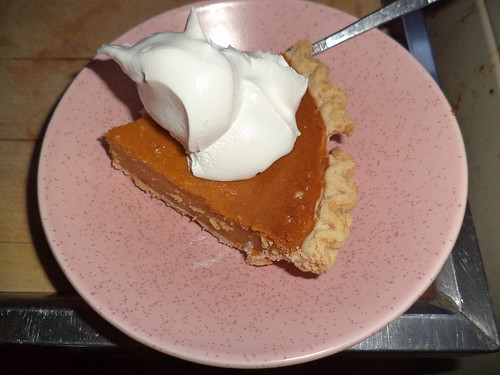 I was involved in a conversation with guild mates and someone referenced pumpkin pie. Drat. That was all I could think of, pumpkin pie and Cool Whip. I wound up at the grocery looking for a half pie. They had half pies in fruit based pies and I almost got the blackberry. It looked so good. But my heart was set on pumpkin which wasn't available as a half. Gosh, I had to spend $5.00 for a full pie. I now have pie for lunches and dessert after dinner.