I spent all day Saturday doing cross-stitch, but the project is complete. 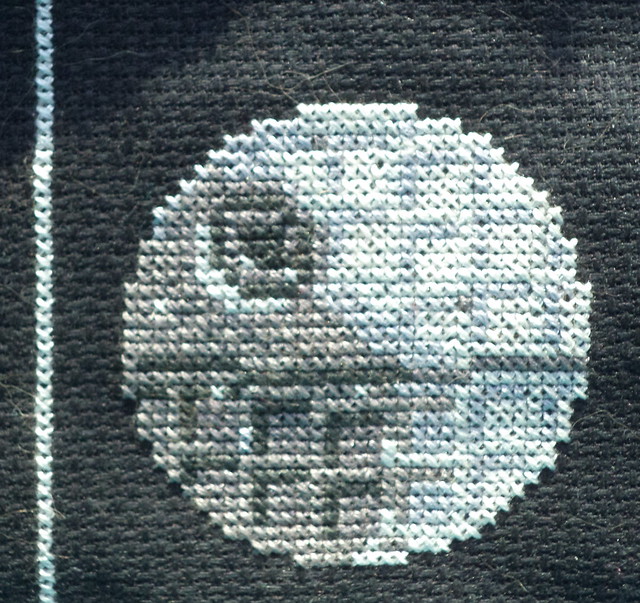 I watched more TV than I have in months, maybe years. I'd find something that was good for background noise and then the program would change and it would be something stupid. I did watch an invisible man movie, which was pretty good. A young Peter Lorre was in it. There was also the Rock Hudson movie with, I think it was a young Sophia Loren, and Sandra Dee and Bobby Darin. It got kind of silly at one point so I switched channels. I don't know if Darin sang in that movie. If he did, it was in the middle when I was "watching" the invisible man. I really wanted to have college basketball on as background noise, but the CBS station here has the crappiest signal ever. It finally cut out for good and I gave up trying to get it back.

The project came out very well. The black fabric didn't pose as many problems as I thought it would. The end result is exceptionally good. I'm not sure what my next project will be. I'm itching to read so I might not pick up the needle until summer.