The front steps needed to be repainted. Since doing this two years ago, I've had to repaint every year and, after the winter we had, they really needed it. 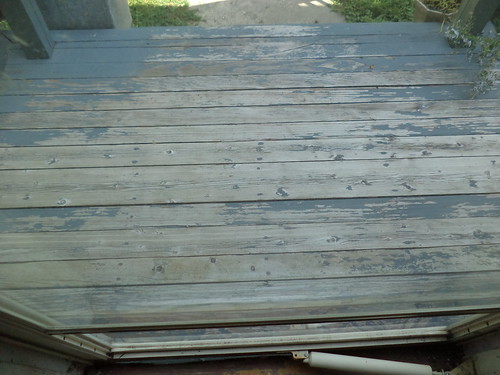 I couldn't get to it before the end of September, but that's okay. A stiff sweeping and the steps were ready for paint.

I do still have some paint left in the can from first painting them. 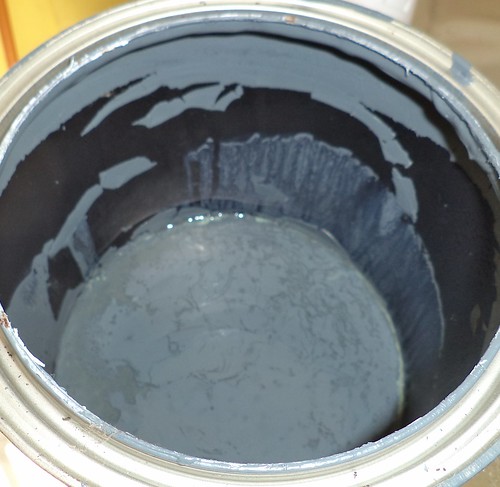 It's about a quarter of the can now. I thought it might have separated but a good stir and the paint was just fine. 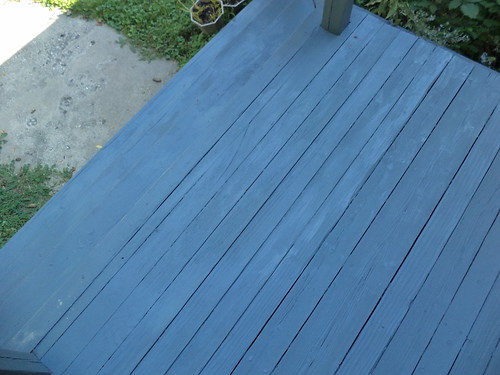 I only did the top and the front steps this time. I should hire someone to replace some of the boards on the top as they are warped up a bit. One of them near the door feels a bit soft in one spot. Still, for having been done in 1988, this stoop has held up remarkably well.

It's now time to change the decorations on the front. The impatiens didn't fare as well as begonias did. 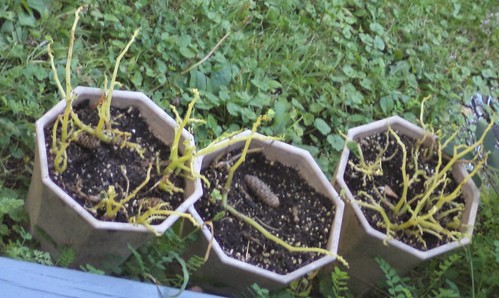 I don't know what decimated them in September but this didn't happen with the begonias I had last year. So, this tells me that begonias are the way to go for the front steps. I pulled these and got mums to replace them. 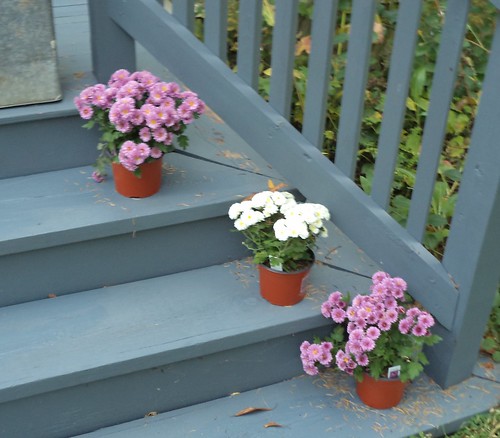 I like this look. I think next year I'll try to find small pots of those dark burgundy red mums with a white one in the middle. I thought about repotting the mums into the pots the impatiens were in but I like the red ones. They add just enough contracting color.

While sweeping in anticipation of adding the spiders I made a year ago, I found this little guy. 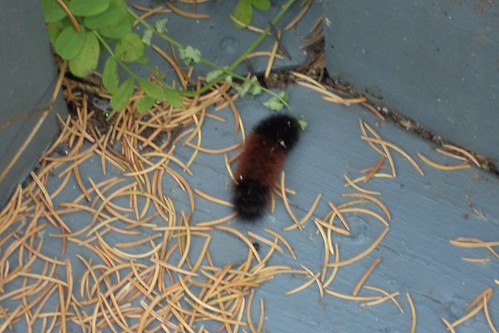 I really should look into making a wooly bear as a decoration. I didn't see any last year. Can't predict the winter weather based off his coat as the bands are relatively equal in size. But whatever the winter weather, the front steps are ready.