Leave The Driving To Us 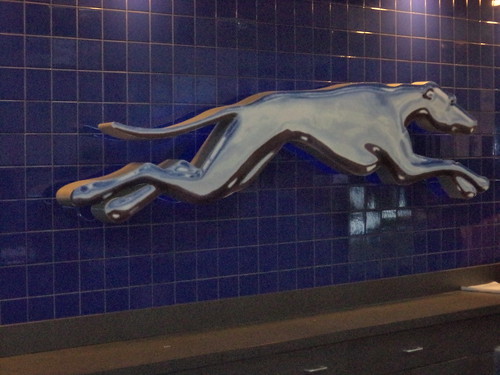 I remember when taking the bus wasn't viewed with disdain. Bus companies were everywhere and, if you couldn't or didn't want to drive, you could get from here to there by bus. When I was in college, I took the bus to visit my grandmother. It was a 5 hour trip, what with stops in scores of small towns, but it didn't cost much. When I was dating my ex, I would take the bus from college to visit him because the bus stopped in his hometown.

I don't think the bus stopped in my hometown, at least I don't remember it stopping there. But given the fact that bus travel in the past was a vital connection between cities and towns, it probably did. In small towns, the "bus stop" was usually a restaurant or gas station. You couldn't buy tickets there. Those would be sold by the driver. Sometimes the bus was full. Sometimes it wasn't. For getting around on a budget, it was a college student's preferred mode of travel. 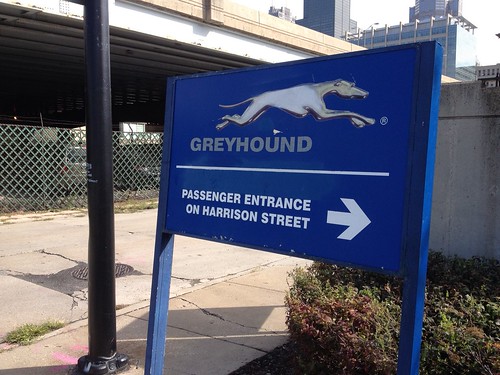 Greyhound was the cream of the crop when it came to bus travel. They were always more expensive than regional carriers, but you got bigger, nicer and, dare we say it, cleaner buses. I remember the station in downtown LaCrosse was not very big but it was neat, with those plastic chairs with the scoop bottom. They had blue, silver and black ones and the interior of the station was tiled in white, blue and cream-colored tile, with stainless steel trim. I never traveled on Greyhound. They were outside my budget, but you could use their terminal to travel by the regional carriers which served the small towns Greyhound deemed too expensive to service.

My sister came for Christmas one year and it was the first, and only, time I was in the old main bus terminal in Chicago. It was on Randolph Street. Our parents came to Wheaton and we took the train into the city and then, because it was snowing and cold, took a cab to the bus station. I remember you walked down into the bowels of an old building. It was a far cry from what the terminal looks like today. 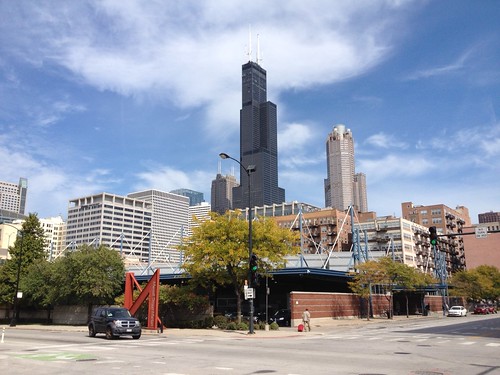 I remember the dark and dank arrival and departure area. There was a creaky escalator, wooden, if I remember correctly, that took you from the street level down to the actual terminal. It wasn't clean. Perhaps it has always been a part of places open to the public that they would attract some of the less fortunate of humanity. It was my first contact with homelessness. Before organized shelters, bus stations and airports were the places the homeless went because it was warm and there was a bathroom. The old bus station, in operation since a bus terminal was needed in Chicago, was not inviting and fully fit the stereotype of a dirty, smelly, scary place.

This one, built in the mid-2000's, is open and airy with a small deli, lots of open space and clean restrooms. It's set off of downtown which means there's a bit of a hike to get into the city. 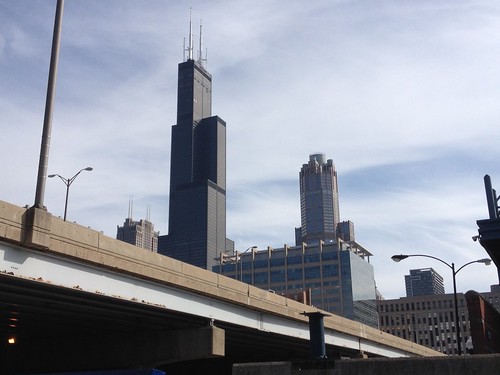 There weren't a lot of taxis waiting for people, either. It's almost like Chicago is not a bus destination city. Buses are not seen as the way to go to visit a place. 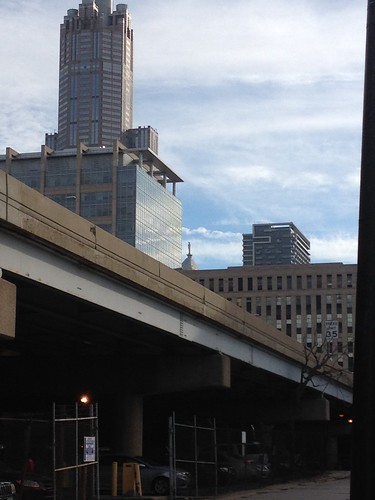 We have bought into the view from the past of a bus station as a less than secure place, situated in a part of town you shouldn't go to with the exception of the hours of 11 am -2:30 pm. The homeless "live" there. Don't use the bathrooms because they are never cleaned. And only people really poor, who can't afford air travel, take the bus. 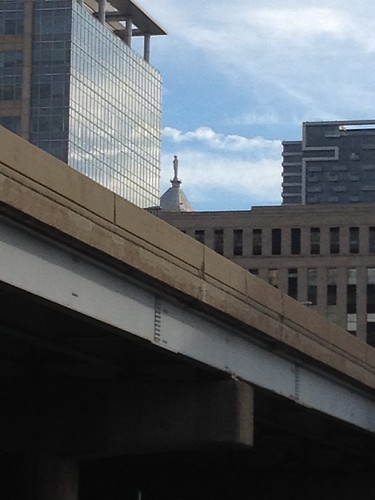 But, in searching fares as a "what if", I can go from Chicago to Washington, DC, let Greyhound do the driving, and it would cost me from $155 to $305, depending upon the amenities I chose. I can't take a competitor to Washington. Greyhound seems to be my only option, but I took a look at the cost to, say, go back to Iowa for Thanksgiving. $80 round trip. If I drive for work, I would get reimbursed for the mileage to the tune of around $240. There would be the cost of a cab from the train station to the bus station because that is a hike, but I would be money ahead, plus the cost of wear and tear on my body. I would just need someone to be at the airport to pick me up and drop me off.

The thought of flying chills me. It's just not a friendly way to go anymore. For my sister and I, getting from point A to point B involved a bus, with fares that fit our budget. We could not have gone where we wanted to go without a bus.

We give bus travel such a negative image now. As I age, I'm thinking leaving the driving to someone else might not be such a bad idea.