If you don't write many letters or send out any bills, preferring to pay them online, you may not be aware of a new stamp issued last month. It honors the upcoming total eclipse, which will extend from Oregon to South Carolina next month. 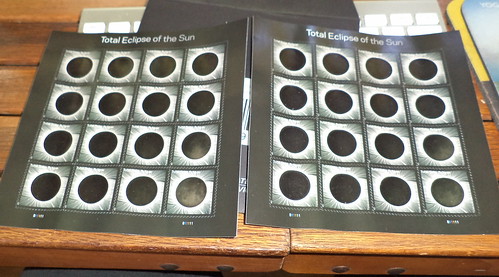 These stamps are way cool because they are heat sensitive. When you touch them, the black of the sun turns into the full of the moon. 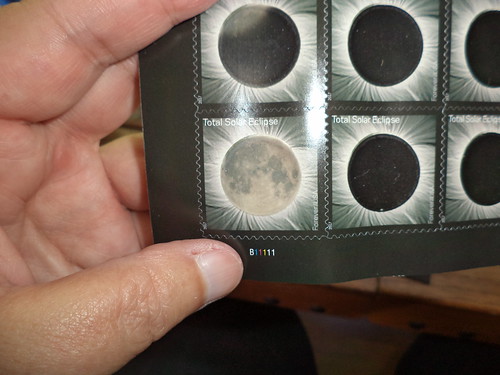 The technology is the same as those changeable mugs you often see where the addition of hot water makes the image change. I was so excited, I had my niece, who works for the post office in Wisconsin, get me three sheets.

The stamps are available with a protective sleeve. It costs a quarter. 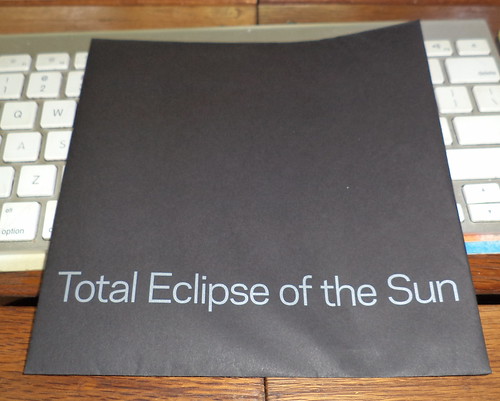 And the sheet back shows the route of the eclipse. 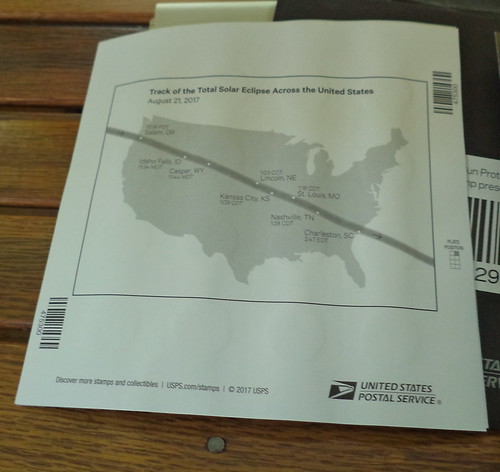 I don't know how well they are selling but if you want a memento of this stellar (see what I did there?) event, this is a good thing to have. I will be using at least one sheet of the stamps for letters.

I've been told there's not much of a market anymore for stamps. Even when I was actively collecting, I only purchased those stamps I liked. Over the years, the stamp binder became a nuisance and I wound up using 95% of the stamps I'd collected. They just didn't mean anything to me. Now, I don't collect to save so much as I buy to use. This sheet I will save simply because this is truly a once in a lifetime event. I have photos from the last eclipse to affect the US so I'll need to get those out and compare the lighting.

The post office also issued round stamps. These are neat. 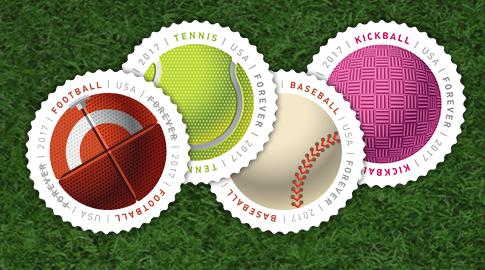 I got a sheet of these simply because they are different. All these stamps bring up a question. The post office has been issuing stamps commemorating the Chinese New Year for a very long time. This year is the Year of the Rooster. Chickens! I love the look of the chicken stamps. 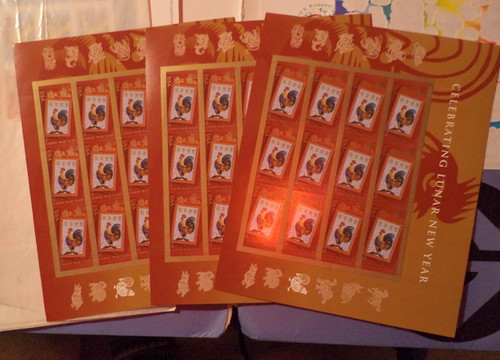 There is something intrinsically satisfying about sticking a chicken stamp on a bill. Looking at what is slated to come out, next week, there will be sharks. 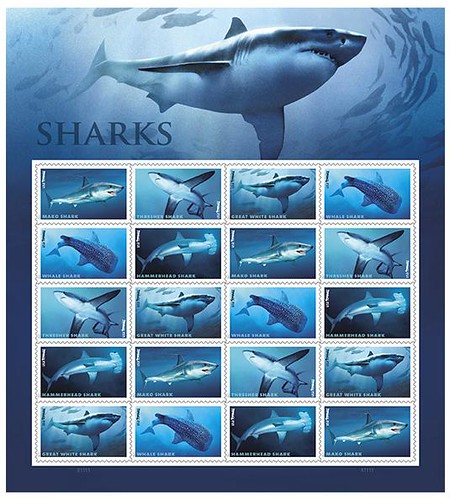 I will have to get sheets of shark stamps. Dear readers, I will be doing custom Christmas cards again this year owing to the Disney trip in October. Do I put chickens or sharks on my Christmas cards? Released this week was Disney Villains. 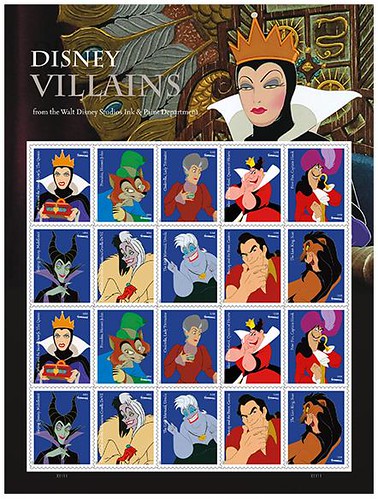 I will get a sheet of these but I am not called to use these for my Christmas cards. I cannot decide, though, about sharks or chickens. Therefore, I'm turning to my readers, the few of you who there are, and asking, "Chickens or sharks on Christmas cards?"