I'm coming up on a year with the Malibu and I must say I have enjoyed having this car. I tolerate so much which, in reality, I shouldn't. One of those things was the deterioration, all around me, of the Jeep. I adored my Jeep; I really did. There is something deeply fun about driving a Jeep Wrangler; going pretty much anywhere and knowing you're reasonably safe to progress through bad weather. They also wear like cast iron, although, as they age, you need money to keep them afloat.

There was one thing I never did with the Jeep. 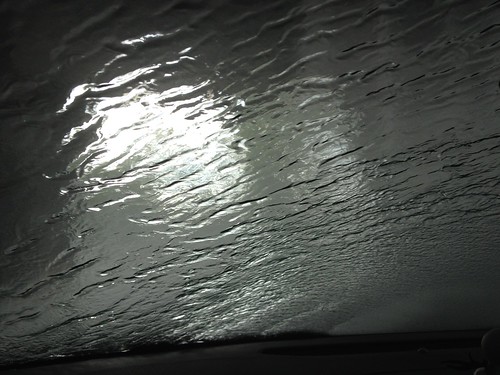 I never took it through a car wash. This was because it had a soft top and, when I first got it, car washes had not adopted  "touchless" technology. Those bristle things which descended from the ceiling and popped out from the sides, were designed to remove the grime in minimal passes. But with a soft top, they would shred the canvas fabric. 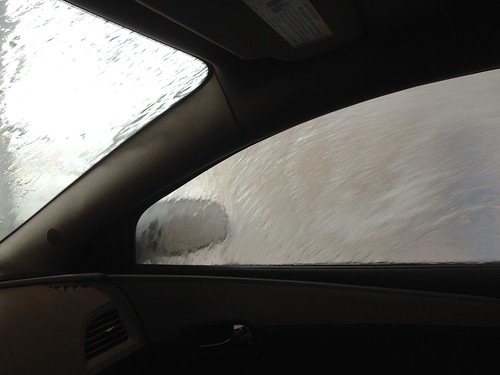 Even when washes went to those heavy canvas octopus-like brushes which seemed to slap the dirt off, I wasn't persuaded they wouldn't harm the top. So, I never went, even when washes went touchless, with high-powered soap and water dispensers, and heat blowers which would remove the feathers from a turkey. I always washed the Jeep by hand.

Now, the benefits of having someone else clean the grime off the Malibu are abundant. I can do a good job hand washing my car, but, invariably, I miss a spot and it mocks me until I can wash it. Touchless washes don't miss anything. Plus, getting the areas down by the door involve a level of bending which is uncomfortable now, with my RA. Let someone else clean the wheel wells.

Another thing I'm enjoying about the Malibu is the temperature display. 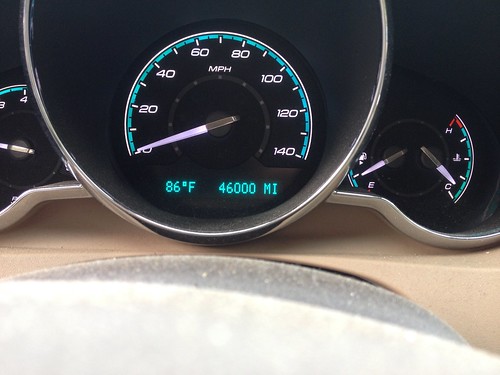 On Tuesday, I left the office, got into the car and viola, I know the air temperature around the Malibu. I also noticed I had rolled over a magic number when I pulled into the office. I didn't notice this until I was to go home. This is fortuitous. I can see exactly how many miles it is from the office to home. 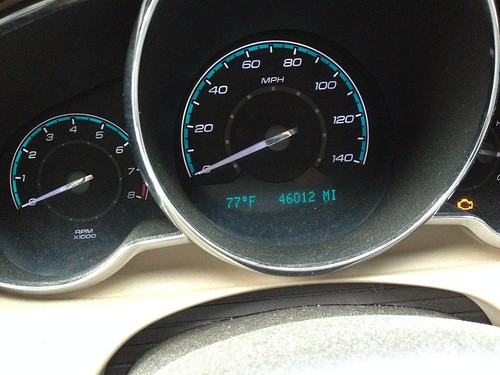 When I got home, the temperature had dropped and it's 12 miles from my house to the office. It takes me from 20-30 minutes, depending upon traffic, to traverse those miles. Right now, there is road destruction in a number of locations so, even if I plan to get to the office early, I can be on-time or late, if the destruction is in my lanes. I know it will be very nice when they get it done. It's just enduring that time until it is done.

I've spent a lot of time in my car in the past 3.5 months. We've been slammed with work which has meant a great many day trips. I was coming back from Dubuque, Iowa, after one project and thought just how nice it was to put on cruise control and just drive, knowing my car is in excellent repair, even if it is 5 years old, and I have nothing to worry about. It makes driving 300 miles a joy, rather than a chore.