Doing a load of wash today and I found this little guy on the floor. 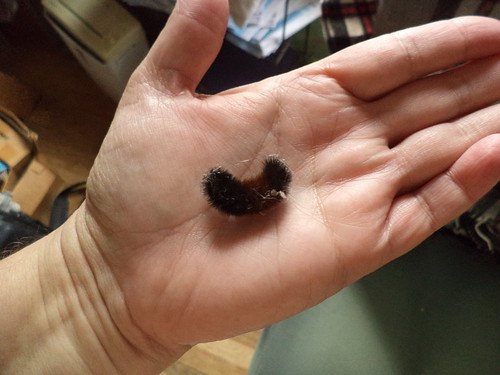 (Or is it a gal? How does one tell the sex of a caterpillar? Do they have a sex?) I scooped him up, brought him upstairs and dumped him in amongst one of the geraniums. I don't know if geraniums are what he eats, but it's a darned site better than being on the concrete in the basement.

This brings to three wooly bears I've found in the basement this year. Two weeks ago, I found this guy. 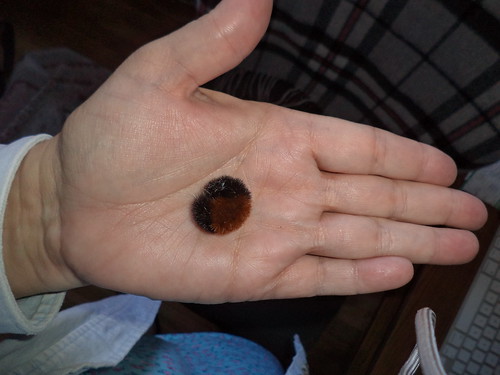 I thought one of the cats had left me a "gift" on the floor until I looked closely at it. Brought him upstairs and dumped him onto a geranium.

It's been years since I saw a wooly bear. They used to be ubiquitous in the fall. However, I would imagine as a consequence of habitat destruction, they seemed to disappear. This year, I've seen 4 since October; one outside, up in Wisconsin, and three inside my house, in the basement. I'm also finding stink bugs. I've killed a half dozen since mid-November and found a couple dead ones when I cleaned this weekend.