We've come through a highly erratic spring with snow, rain, chill, damp, 80 degrees in February, which I know isn't spring, but it plants the seeds, so to speak. This past weekend marks the unofficial beginning of summer. For me, what better way than to spend an hour at Planter's Palette, oogling the offerings. I came home with four flats and one pot of flowers. 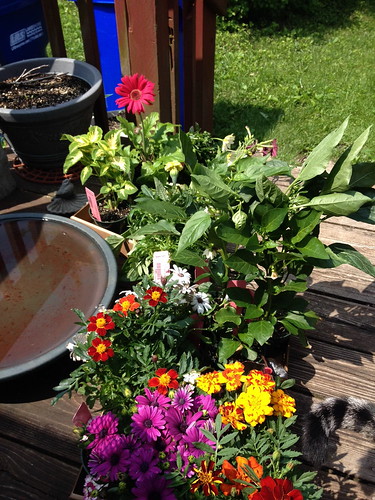 Take note of the really dirty birdbath. I have no clue what that red stuff was. I do know birds weren't using the bath at all. 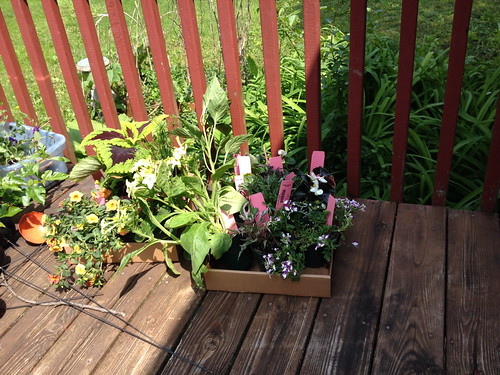 There are 6 flowers in that light blue container to the left. Those were ordered from Select Seeds. I love their plants but I can't, for the life of me, get the delivery correct. They sat in the kitchen for 2 weeks because it was too cold to put them outside. I think it's best that I just don't try to order plants and simply go to the nursery when I'm ready to plant.

Now that I've got most of what I want, it's time to decide what to plant first. The Diva was there to keep me focused on the task at hand. Friends, seeing this photo, have said she has "resting annoyed face". 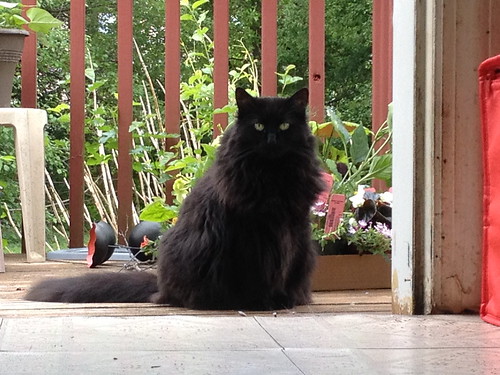 I decided the first thing to do was liberate the raised bed. 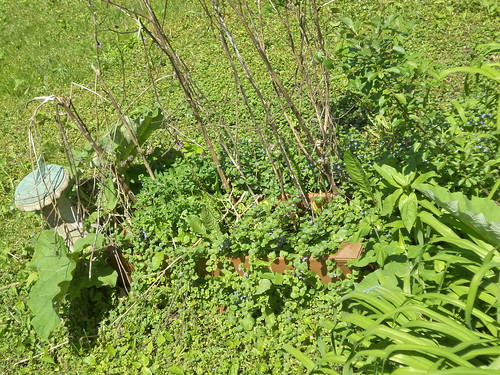 The weeds really took off this spring. The tall stalks are the leftover sunflowers which weren't going back in the bed. They are going out front this year. I've seen one hummingbird around so I need to get flowers planted which are attractive to them. I think I will also put up the feeder. I found it over the weekend. Nothing like a 2 ounce bird to get you inspired.

After weeding, I mixed up the soil and found these. 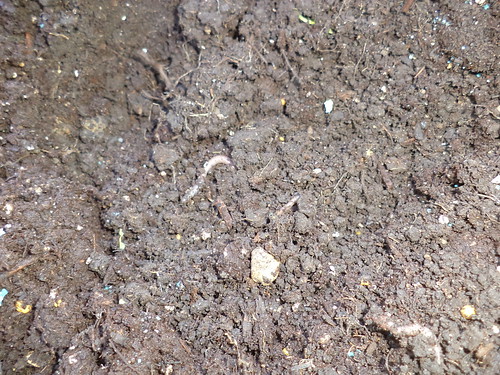 It's a bit tough to see, but those are earthworms. I am elated! That means, to me, the soil is a good consistency and healthy. Into this box went peppers. 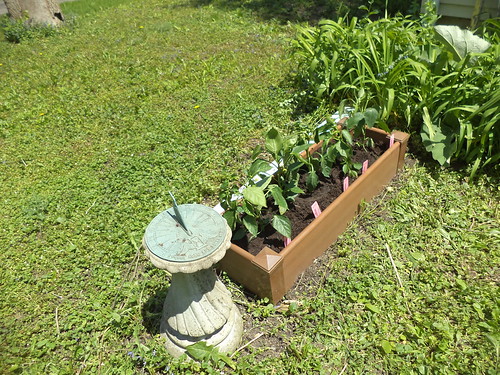 What 15 minutes of weeding can do to transform an area. I should get weed killer and spray around the box to help keep the weeds down. I added the metal poppies although I probably should have washed them out. 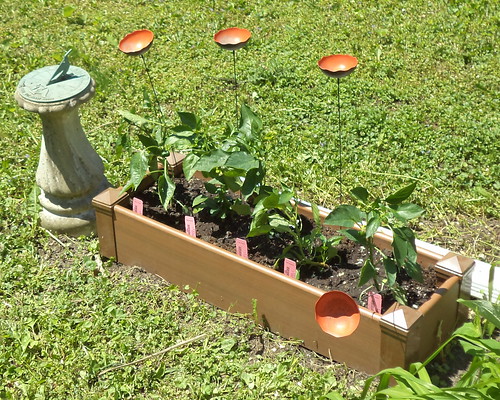 The one on the end has a bent stem. I couldn't bend it more straight so it will always be an end poppy. There are orange, yellow, orange, yellow, orange peppers in the box. Those are my favorites. The plants already have peppers on them so perhaps, by July 4th, I'll be eating home grown, assuming the squirrels don't have a taste for peppers.

The peppers are right across from the hosta which has been off the northwest corner of the deck for well 'nigh 20+ years. It's huge this year. 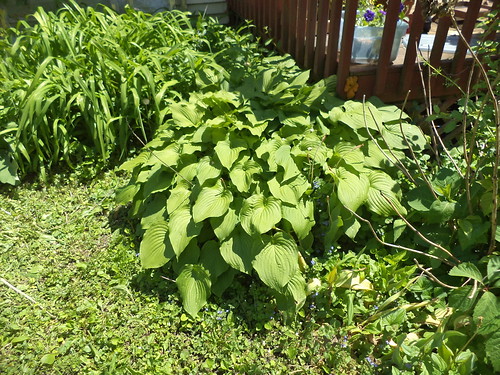 I don't know if the removal of the trash trees to the north and the freeing up of sunlight or what, but it's never been this big. I'm thrilled. The daylilies in the background have started to spread into the lawn to the northwest. That's annoying, but I can mow over what I don't want.