My deck, amongst the flowers, has been a disaster lately. Dirt is everywhere. I attributed it to squirrels because they will hide food in flower pots, but it's not the end of the year, unless they know something I don't know.

Last weekend, I caught him in the act. 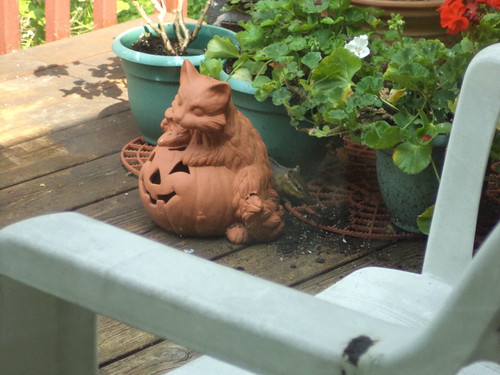 That little twit. It's a chipmunk. I'm not sure what he's looking for but he's the one digging up the plants. 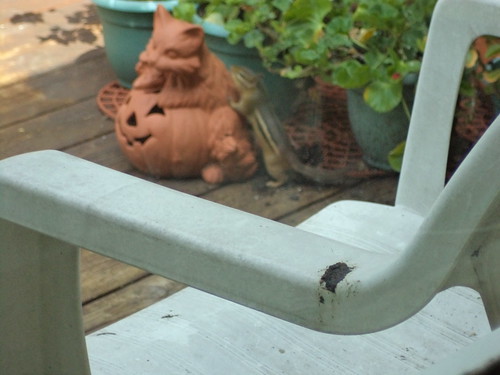 In any other situation, this would be an "awww" moment, but I had to sweep off the deck, yet again, because he's digging in my flowers. 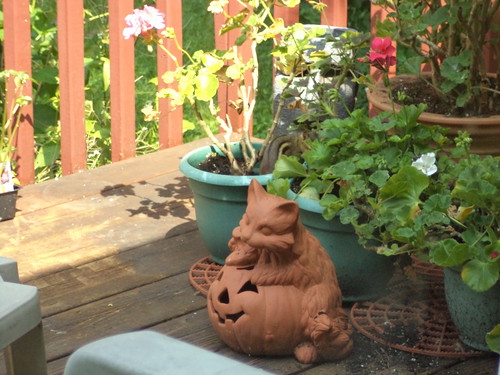 After chatting with some guild members about this, one of them suggested cayenne pepper. I had some from when a raccoon was trying to dig into the roof by the chimney. I got that out and sprinkled it around the affected plants. 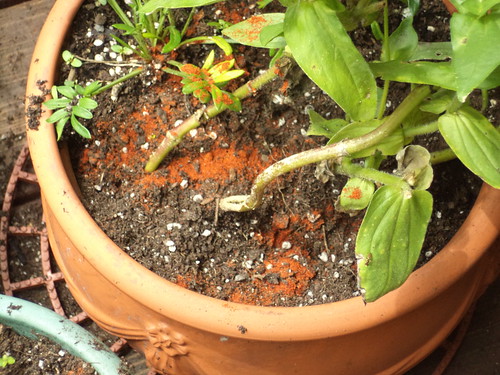 We've had some rain in between then and now. He hasn't been back since I sprinkled the cayenne pepper.

I just wonder why he was digging. Did he think he'd planted food in the pots or that I had planted food in the pots for him? Chipmunks are cute except when they are digging in my flowers. It's taken them many years to be bold enough to move back into the yard. Rascal used to hunt them and she's been gone for some time now. I hope I've convinced them in a non-pesticide way to move along. Nothing to see here.