I needed to sweep up the deck yet again as the chipmunk has come back. He's riddled the pot which holds zinnias and killed a couple of the flowers which were in that pot. I'm going to get a few more flowers for under the zinnias and I covered the soil with so much cayenne, it's not brown dirt anymore. It was a fantastically beautiful morning so, after doing that, I just sat on the deck, wrote a letter and read book #9, or is it #8. I'm behind in my book reviews.

July is also the month that flowers tend to be at their peak of blooming. The geraniums are no different. As part of the cleaning up process, I deadheaded the spent blooms and removed old leaves. This was the set up before I cleaned. 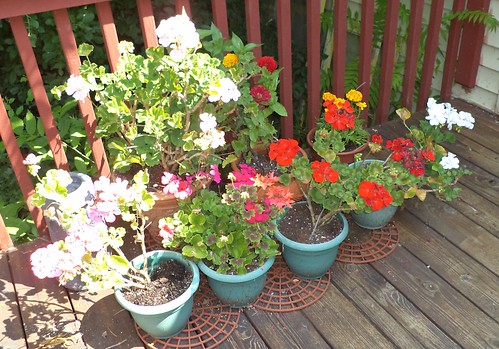 It's lovely to walk past this riot of color as I go into the house.

This is the set up now that I've cleaned. 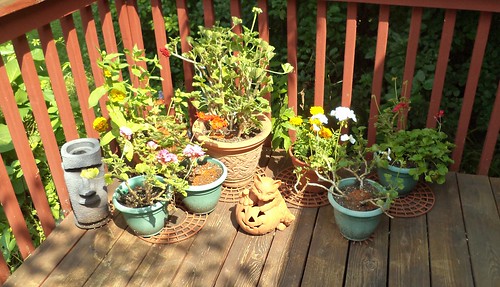 I still need to paint the deck, but I have no energy. The zinnias are tall to begin with but they were quite leggy due to lack of sun. I think they will be happier in the corner. You can see I really pared down some of the flower heads. I also turned everyone 90 degrees so they all wouldn't lean one direction toward the sun. The only flowers not leaning were the marigolds. It's a lovely arrangement and makes the deck quite pleasant. It's more than enough for me to maintain, too, in addition to the impatiens on the front steps.

Here are my geraniums. White. 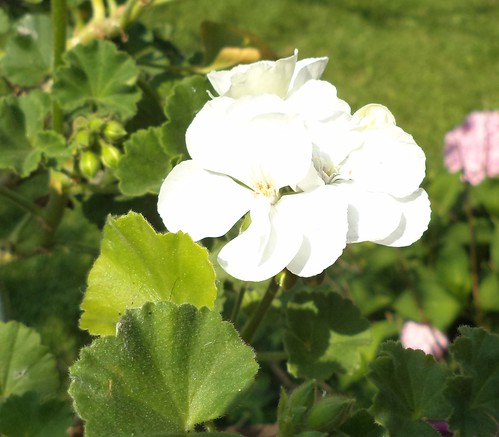 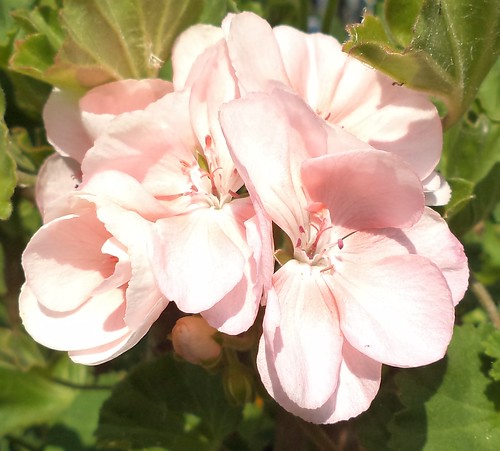 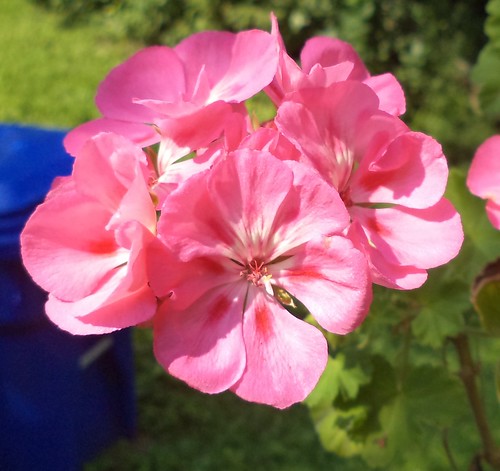 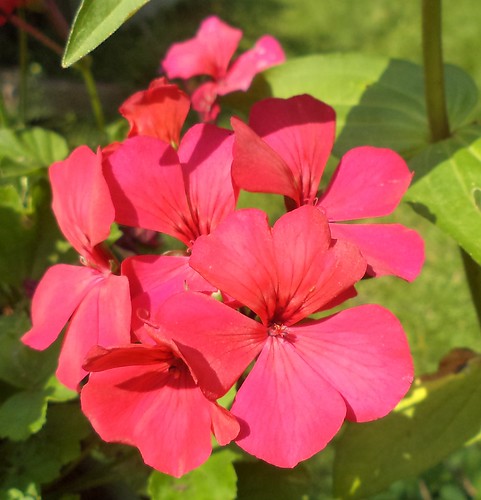 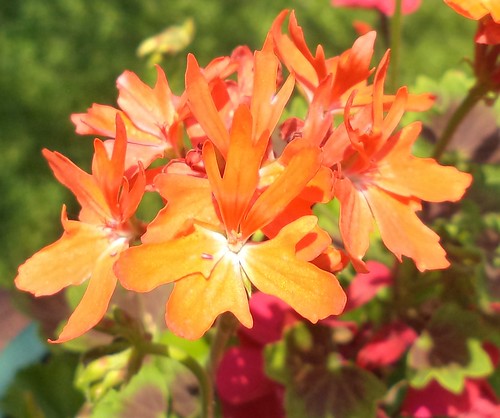 And red, which has orange in it when photographed in the sunshine. 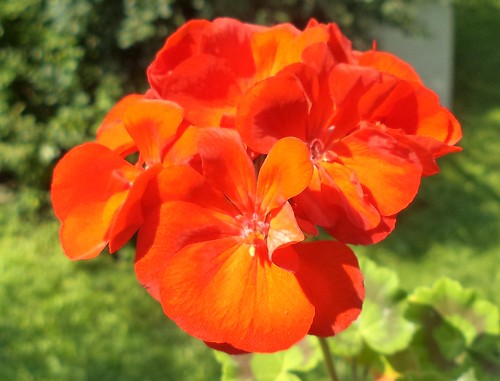 The dark pink geranium I bought this year. It's in the pot with the salmon-colored one as that one is down to just a couple of stems. The rest have their own pots and are at least 5 years old, probably older. I bring them in every fall and put them in the back room where they have access to sunlight. I water them when I remember, which can be a good 3 weeks between waterings. I don't do anything else to them. In the spring, I cut them back once they have been outside for a week and we go another year. I used to have a striking purple ivy-leaved geranium but it really was an annual. It did not take to over wintering. I'd love a purple geranium, but I do have to watch how many I get. I only have a finite amount of space to overwinter them.