I cut out and started stitching the last of the three shirts for BlizzCon. 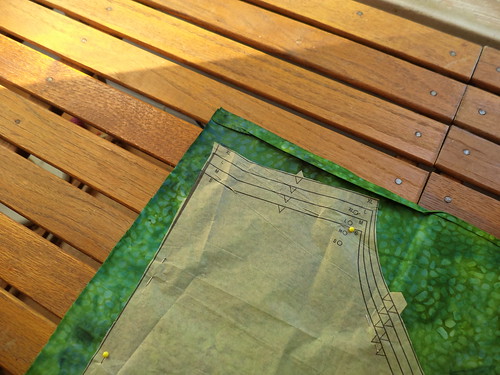 It's hard to believe that it's T-23 days and counting. I'm starting to think of the clothes I want to bring along and are they clean, particularly the shirts. As I don't do wash but once a week now, I have to actually plan for things instead of just what happens to be next in the closet.

I had purchased all the fabric on the bolt, when I was at JoAnn's. This was to give me a cushion, in case I screwed something up. As it turns out, I needed the cushion just to cut the pattern. Not exactly sure how I miscalculated, but I wound up needing all of the length. I do have a chunk near the end which wasn't big enough for anything. I just set it aside in the scrap box. Some day...

It was intriguing to see how the cardboard bolts are fashioned now. 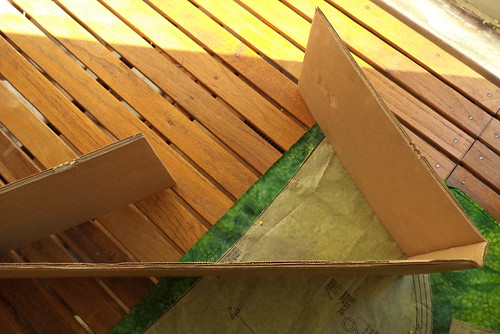 After determining that I'd take the whole thing, the gal at JoAnn's simply rolled the fabric back on the bolt and gave me the whole thing. I unrolled the rest of the fabric and discovered the bolt is just folded cardboard. I remember when this was a fairly sturdy rectangle. Maybe that's still true for some fabrics, but, for this one, it wasn't. This is, actually, easier to add to the recycling bin.

Now that I'm on the third shirt, it's going together rather quickly. The hard part is the collar and front facing. Once that is done, it's a piece of cake to finish. BlizzCon, here we come.