The peppers have yielded their first fruit. 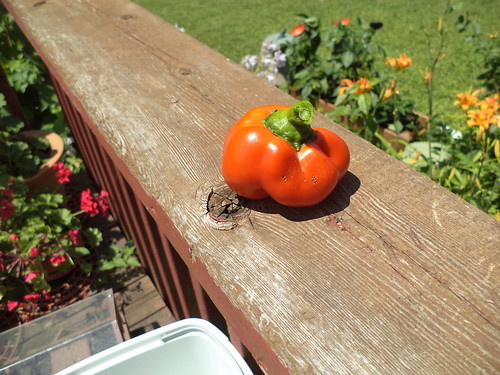 No, this isn't the long, bell-shaped pepper you're used to seeing. 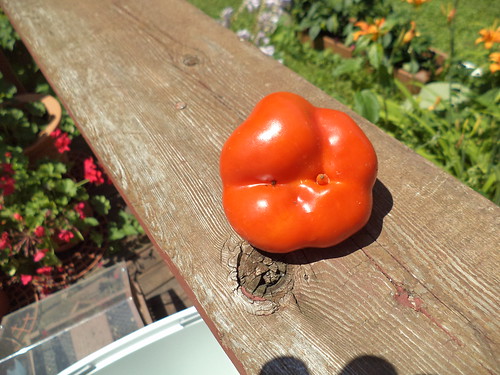 The pepper had nice, thick walls, but was spicier than I expected. Orange peppers are usually sweeter than all the others. Still, it was a nice addition to my lunch when sliced.

I noticed I have three others which need harvesting. I didn't think the plants were producing well, but I just needed to be patient. August has arrived and the usual heat of the middle of summer makes it perfect pepper time. We have had adequate rainfall, too.

I eat them raw. I'm very much a slice and eat person. Most of the time, I don't dip them in anything, just eat them as is. If these continue to be spicier than I expect, I think the addition of a dip would be good. We'll see.